It is with great sadness Dystonia Europe has announced the passing of our President, Adam Kalinowski, at the age of 37, following a tragic accident on 10 November 2022. 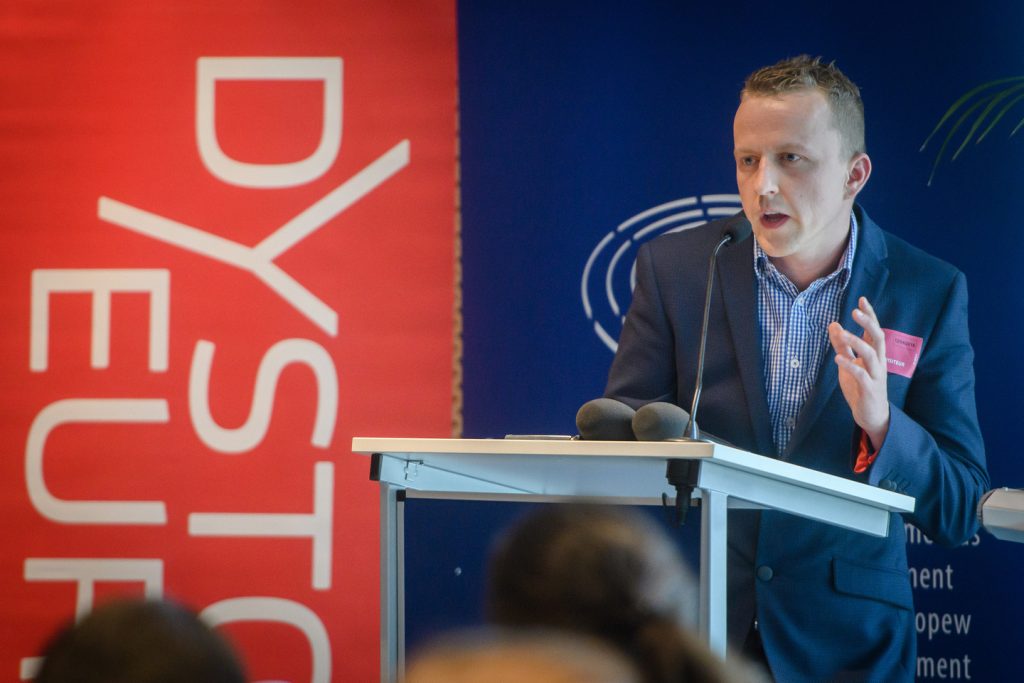 Adam is from Poland but has lived in Ireland for the last 16 years. In 2006 he was diagnosed with cervical dystonia. Very soon he founded an online support group for dystonia patients in Poland to “help myself”, he has told us. Today this group has over 800 members and is still growing. It is a valuable source of information and support for dystonia patients in Poland. “In one weekend in your group I learnt more than in five years going from doctor to doctor”, a member had told Adam.

The support group marked the start of Adam’s career as a patient advocate. His search for support and information led him to the App MyDystonia, developed by Dystonia Europe. Adam suggested to DE he would translate it to Polish, and so he did. In 2016 Adam joined the very first MyDystonia Ambassador meeting near Frankfurt, Germany. Adam has been a dedicated MyDystonia Ambassador since then.

Around the same time he became a member of the Polish Dystonia Association (Polskie Stowarzyszenie Osób Chorych na Dystonię) where he served as a Board Secretary.

During the last few years the DE activities were very much affected by the Covid-19 pandemic and for over two years there were no face-to-face meetings. Adam’s interest and skills in digital technology, helped us navigate during these circumstances and to find new and successful ways of working. Adam led our monthly Board Meetings on Zoom, and there were two Dystonia General Assemblies held on-line during this period. He was also hosting the very popular Dystonia Webinar series with invited experts from across Europe on various dystonia topics.

Adam was enrolled on a Graphic Design course in Ireland. This had been a dream of his for many years. His creative talent spilled over to Dystonia Europe and he updated and improved the “look and feel” of the Dystonia Europe newsletter and the website. Any graphic material we needed he said: “Give it to me, I will do something.”

Throughout the last year Adam also worked very hard on a very dear project to him: a series of five different dystonia awareness videos. His idea was from the beginning to create awareness around dystonia by producing funny videos. The board shared some funny stories that had occurred to them due to dystonia, and from these the work of creating the manuscripts started. Together with dystonia patients from Dystonia Ireland and a film producer in Ireland, Adam led this project until now. The videos were finalized in November and will be released in 2023 to raise awareness of dystonia and in memory of our dear friend and dystonia advocate Adam.

In his spare time Adam loved to go off camping and hiking in the Irish nature. His interest in photography has shown us many beautiful places in Ireland. One of the activities he truly enjoyed was surfing. He lived just 30 minutes from one of the best surf beaches in Ireland and for Adam surfing was a way of escaping dystonia.
For the last few years to kick off our Dystonia Awareness month in September Adam used to send a video greeting from the seaside and encourage everybody to take part in the awareness month activities.
Adam also had very close ties with his family. He often talked with us about his love for his sister’s children in Poland.

The last time we met Adam was at our board meeting in Lund last September. We had a two-day meeting where we had great discussions and brainstormed around various ideas, and as usual we had fun together.

Adam was a very dedicated advocate and worked tirelessly to inform and increase awareness of dystonia. He leaves an enormous gap on our board, in our organization, and in the global dystonia community. His dedication, his ideas, his warmth, his smile, his voice – he is so missed.

May you rest in peace our dear friend.

Once again we send our deepest condolences to Adam’s family and friends in this difficult time. 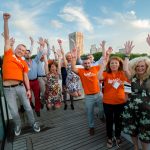 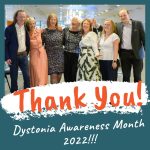