Home › About Dystonia › Types of Dystonia 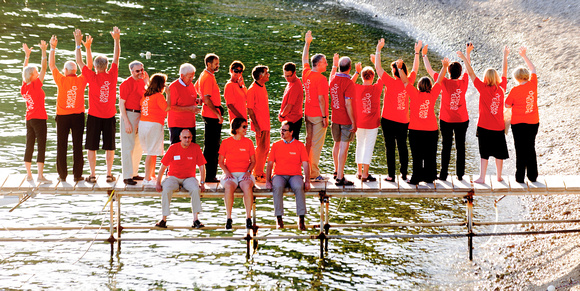 Affects the neck muscles and causes the head to twist to one side (torticollis), forwards (anterocollis), backwards (retrocollis) or over one shoulder (laterocollis). Cervical dystonia is the most common form of dystonia. It is often accompanied by a tremor or shaking of the head.

Affecting the muscles around the eyes, leading to excessive blinking or involuntary eye closure. Although eyes and vision may be normal, muscle spasms may cause functional blindness.

Affects the muscles of the lower face, jaw, tongue and mouth

Acombination of Blepharospasm and Oromandibular Dystonia

Can affect one eyelid and/or one side of the face. Technically this is not dystonia but it has many dystonic features. It can also be classed as “Unilateral Blepharospasm” or “Segmental Myoclonus”

Affects the muscles of the larynx and vocal cords. The Adductor type causes the voice to sound strained and choked. The less‐common Abductor type produces a breathy, whispering sound.

affects the muscles of the hand and forearm when writing. There are other focal dystonia which are triggered only by a particular activity or occupation. Examples include typist’s cramp, golfer’s cramp, musician’s cramp (pianists, string, woodwind or brass players).