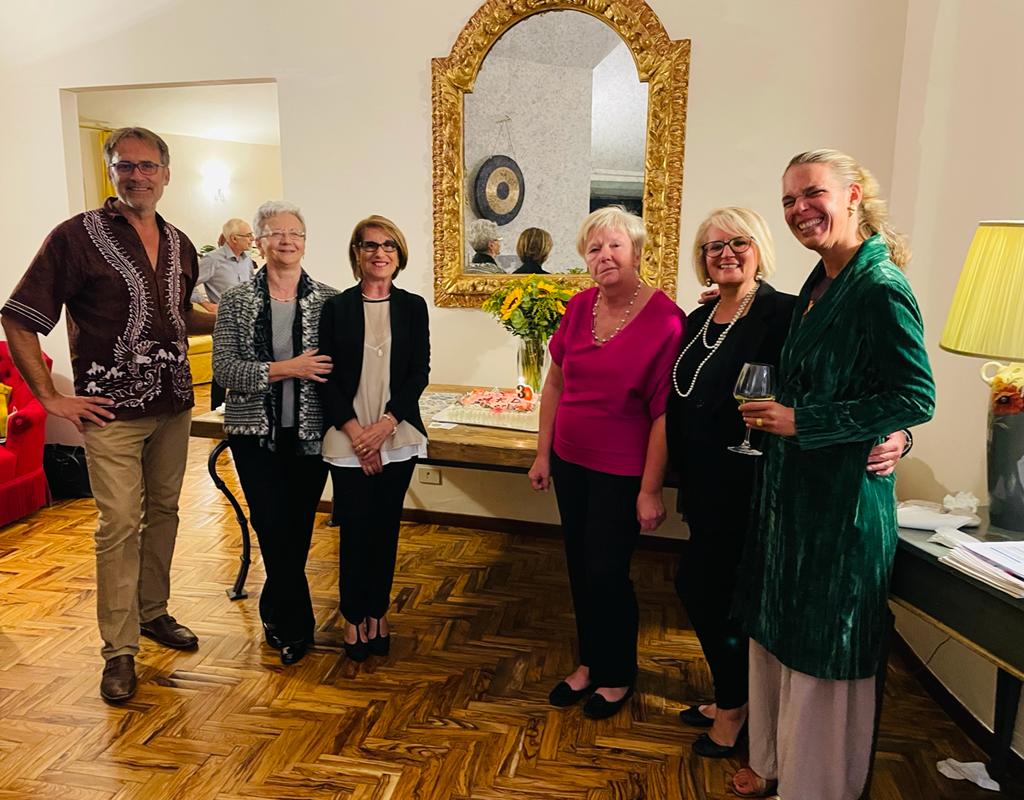 As A.R.D. was created in 1992, this year it reached 30 years and we wanted to celebrate the 30th anniversary in a special way; therefore we matched our Third National Dystonia Day to our anniversary, organising a concert followed by an online live broadcast, circulated by our social media.

Most recently, A.R.D. had been deeply involved in musician’s dystonia, that’s why for our anniversary we decided to host an event including a concert, but it seemed too difficult to achieve. By chance, last year we met Prof. Maurizio Persia who played trombone in Santa Cecilia Orchestra in Rome and contacted A.R.D. as he could no longer play due to a mouth dystonia. This summer, when he found out our wish for the anniversary, he was so generous as to offer his home for the concert and organise it, involving some of his              musician friends.

On the afternoon of Friday September 23rd, we went to his villa not far from Rome, which is a building designed 50 years ago by a famous architect: the villa has a spiral base, with curving walls and without corners.  Its name is Villa Ammonite as from above it looks like a fossil mollusc shell.  In this amazing location Maurizio and his wife Daria Leuzingen who is a violinist had prepared a concert room where we could assist with the concert which was divided into 2 parts: first the String Quartet Henao (composed by William Chiquito from Colombia, first violin;  So Yeon Kim from South Corea, violin;  Stefano Trevisan from Italy, viola;  Giacomo Menna from Italy, cello) played the “Quartet K387 in G Major” by Wolfgang Amadeus Mozart, followed by the tango “Por una cabeza” by Carlos Gardel. Later the pianist Monaldo Braconi played “Concert Fantasies on Tosca, Boheme and Gianni Schicchi” by Giacomo Puccini-Emile Tavan.

Around 40 people helped with the concert, most of them did not know about dystonia and with Maurizio we introduced A.R.D. and our activities.

The event ended with a big cake dedicated to A.R.D.’s 30th anniversary. The President and the board blew out the candle and enjoyed this delicious cake with the guests. Once again we thank Maurizio and Daria for their exquisite hospitality.

The following morning, September 24th, the President Flavia Cogliati and vice President Maria Carla Tarocchi with a journalist, Francesca Romana Gigli, were in a TV studio in Rome for a live broadcast on our social media, FB, YouTube and Instagram. Prof. Alberto Albanese, who is the President of our Scientific Committee, took part from Milan.

This year our hashtag was #ilcoraggiodivivereatestaalta which means “the courage of living head on”.

We began with 2 stories of life with dystonia.

Raquel is a member of our Board and told us about her pregnancy with dystonia: she has cervical dystonia and regularly has botulinum toxin injections with which she gets on well. She and her partner had decided to have a child, but the great problem was how to resist for many months without botulinum toxin, as usually it is not used during pregnancy to avoid any possible risk to the baby. At the end of 2021 Raquel realised that she was pregnant, she immediately took medical leave from work and spent her pregnancy without injections. She was helped with physiotherapy and acupuncture, until July 17th when Martina was born with an easy natural birth. At present she is breastfeeding her baby, which does not yet allow her to have injections. Raquel thinks that peculiar pregnancy hormones may have helped her to overcome this long critical period without botulinum toxin.  This is the first time we have published a story of pregnancy with dystonia, which is unfortunately a little discussed topic in spite of its great relevance.

Our member Maria Gabriella had serious dystonia symptoms in her arm and could not use it any longer. Besides periodic botulinum toxin injections, she began to practise Tai Chi Chuan (the Chinese martial art) and gymnastics, which is also an active way of meditation. She felt she could improve her body control and now, after 7 years, she has totally recovered and is now a Tai Chi black belt and teacher herself. In a video she showed us some Tai Chi figures with harmonious movements and very high control of the whole body, which is a great success for somebody with dystonia. Gabriella said that Tai Chi allowed her to restore muscle tone, agility, breath control and balance.

Later we presented our annual A.R.D Awards: since 2012  every year A.R.D. awards young doctors under 35 years of age who propose the best study about dystonia in Neurological congresses. We give 2 prizes, each of €2000. Four doctors who have been awarded in recent years illustrated their study.

A.R.D. will cooperate to find volunteers for this project which for the first time compares the 2 treatment types.

The third part of our event concerned musician dystonia from a work perspective. At present, in Italy and in many European countries when a musician cannot play any more due to a focal dystonia, no specific State benefit is provided, as this is not considered an “occupational disease”. Prof. Maurizio Persia is the first musician with dystonia to request this benefit.  The legal consultant who is helping him illustrated the long bureaucratic procedures still in progress to get recognition of his dystonia as work related illness. We hope this goal will be soon achieved; it would be the first time in Italy. This certification could open the way to similar procedures for dystonia caused by other types of work.

Our online event ended with the concert organised by Prof. Persia and recorded the day before. We are really pleased with the outcome of our celebration which was a mix of music, patients’ stories, medical information and legal consultancy, marked by our big anniversary cake. 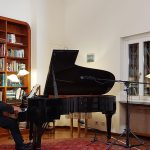 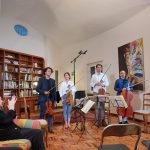 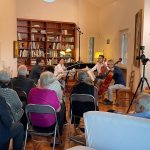 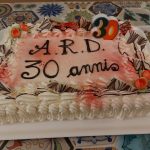