Last September the MDS* congress took place for the first time after the pandemic. The 4-day meeting was held in Madrid, Spain and about 3000 participants joined from all over the world. Dystonia Europe Executive Director Monika Benson was there and had a stand in the room for non-profit organisations.

* The International Parkinson and Movement Disorder Society (MDS) is a professional society of clinicians, scientists and other health professionals interested in some of the most difficult diseases to diagnose and treat: movement disorders, including Parkinson’s disease, related neurodegenerative and neurodevelopmental disorders, hyperkinetic movement disorders, and abnormalities in muscle tone and motor control. MDS operates exclusively for scientific, academic and educational purposes.

The MDS provides a platform for more than 11,000 professionals around the world to channel their collective influence to improve movement disorder care, advance research and the dissemination of knowledge around the world.

It organises an annual international congress in a different major world city each year. 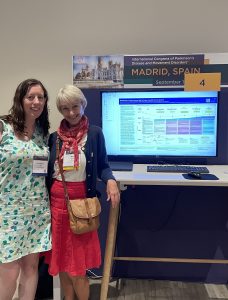 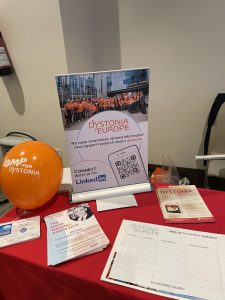 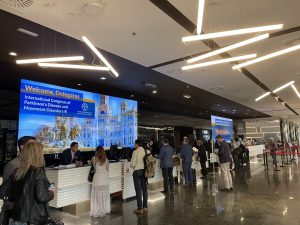