Annual conference of “Dystonie-und-Du e.V.” sends out a signal of encouragement: Self-help association does not leave those affected and their relatives alone with their worries!

From September 9th to 11th 2022, the association “Dystonie-und-Du” met in Dresden. With this event, the self-help association was able to reach many of those affected, their relatives, top-class practitioners and politicians. The motto of the event was: “Make the best of it” – and it dealt with the topic of “twitches and spasms”, among other things. It was a varied and lively gathering that encouraged visitors not only to learn more about the possibilities of treatment and therapy, but also to exchange ideas about possible solutions to the challenges of dystonia.

To be able to recognize the various symptoms of the disease and to actively alleviate the problems of everyday life together – this is the task the congress dedicated itself to. Political and medical representatives, but also scientists, manufacturing companies, therapists, psychologists and fellow campaigners from different regions were present.

At the general meeting, which took place on Friday, September 9th 2022, further steps to optimize the administration of the association were unanimously taken. Alexander Murawski is currently no longer able to act as treasurer due to a health problem. This situation was discussed and weighed up. In addition, the general meeting made important legal changes in the area of finance with the help of the legal advisor, Malte Uffeln.

The annual conference was opened on Saturday, September 10th 2022.  Patron Michael Roth (Member of the Bundestag), Chairman of the Foreign Affairs Committee in the German Bundestag, and the Mayor for Social Affairs of the City of Dresden, Dr. Kaufmann, opened with a greeting and a speech. The video of Michael Roth’s introductory sentences can be found on the association’s website. The fact that dystonia is still largely unknown and places very high demands on the therapists and the employees in the social or political area – for example, the questions of professional integration, the choice of therapy in the diverse range of possible ones, complaints or public education about the disorder – was the focus of the event. The patron also pointed out how important it is to deal with crises for those affected with adequate and immediate help and to respond to the needs of such exceptional situations. Also, understanding for those affected must be raised and the human environment must be understood.

Mayor Dr. Kaufmann later offered active help for individual sick people on site and also promised to improve conditions for those affected. In addition, she presented the conference venue and promoted Dresden as an inclusive city. The association and the specialists present agreed that the importance of involving family members should be emphasised, as well as high-quality treatment based on the latest standards. All measures, including surgical interventions, should aim to relieve symptoms. Self-help in all its facets also helps to meet this challenge – starting with advice, through networking to exchange.

The third day of the conference on Sunday, September 11th 2022, was dedicated to the particularly rare condition of  Myoclonus dystonia with a look at the Europe-wide supply situation.

A group was set up specifically for this topic in 2019 by Ulrike Halsch with the support of Dr. Gruber, Senior Physician in Beelitz.  The psychologist Feline Hamami and the scientist and doctor Dr. Anne Weißbach spoke about brand new research results. After their presentation, they answered a wide variety of questions from their fellow campaigners, with the scientific advisory board of the association, represented by the chairman Prof. Dirk Dressler, contributing important additions to an open discourse. The results will be published promptly on the association’s website.

Following on from that, Mrs. Dr. Adib and Prof. Dressler served as substitutes for another lecture on social law and related issues for dystonia patients, which was already planned in the conference program.

This was followed by a lively debate with suggestions for active action and advocacy by those affected, but also for dealing with the clinical picture in the practical life process of the patients.

Uwe Athens from Bremen made a very important contribution. He gave a detailed account of his personal experiences and the course of his illness, speaking directly from the heart of many of those present. You find yourselves in his descriptions and thus experience a feeling of being understood and of solidarity.

With the help of the many inputs from the participants involved, the event succeeded in showing the difficulties in handling dystonia and at the same time working on perspectives to deal with hurdles realistically. In addition to the people mentioned, Chairwoman Ulrike Halsch also explicitly thanked Dr. Klingelhöfer from the University Hospital Dresden, Christine Bolte and Dr. Weißbach from the University Hospital Lübeck and the physiotherapist Gabriele Hupfeld from Bückeburg. Thanks also went to the hotel hosting the association, the association’s internal working group for social affairs, represented by Gisela Murawski (Bad Oldesloe), with its members Dennis Riehle (Constance) and Uwe Ahten (Bremen), as well as Mirko Lorenz (Berlin) for the relaxation exercises and the companies “Abbott” with Mr. Voelz and “Boston Scientific” with Alexander Preuss. 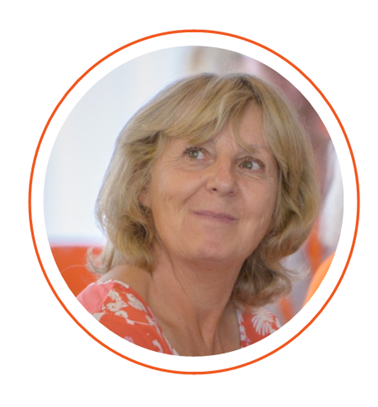