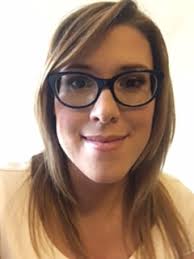 In addition to the well-known motor features of people with dystonia, also many have been reporting non-motor symptoms. Functional impairment, pain, social  embarrassment, anxiety, social phobia, and stigmatisation seem particularly common and have a clear impact on the quality of life. This might considerably influence self-confidence and could, therefore, have an impact on relationship and sexuality. Nevertheless, surprisingly little is known about sexual issues in people with dystonia. Therefore, with support of Dystonia Europe and Dystonia Community we set up an international online survey to assess views and perceptions of people with dystonia and the impact of their illness and its treatment on sexuality and relationship.

We received 620 responses from participants from a total of 43 countries. Based on the replies, the main finding was the frequent dissatisfaction with the   level of intimacy and sexuality in people with dystonia. In fact, half of participants in this survey were not satisfied with their  current intimacy and over half of participants declared that they have stopped being sexually active because of  dystonia or experienced problems in sexual relationships because of dystonia symptoms. Furthermore, these  problems seem to have contributed to the breakup of one third of relationships. The presence of non-motor symptoms should be adequately recognised and their importance in patients with dystonia acknowledged, in particular regarding sexual and  relationship problems, in order to plan individualised treatments and improve  quality of life.