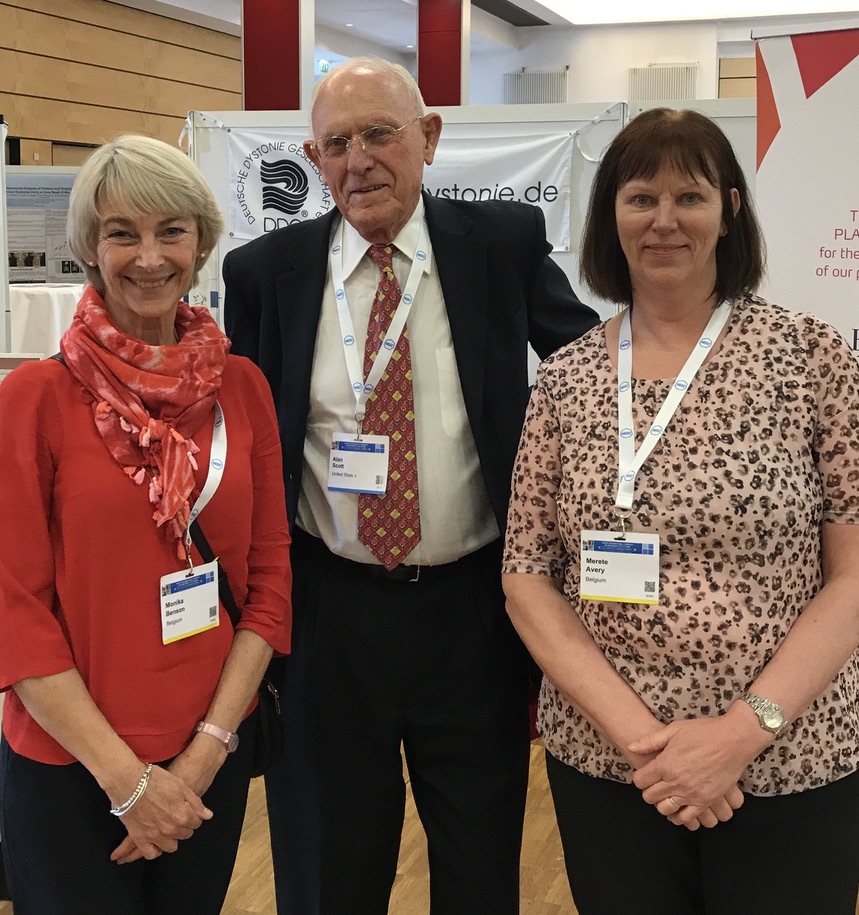 Prof Dirk Dressler, in Hannover, has known Dr Scott for many years, and he has provided the following obituary:

On December 16th 2021, Dr Alan Brown Scott died in his 90th year of age. He is the inventor of the botulinumtoxin therapy, a novel therapy dramatically changing the fate of so many patients in various medical specialties and – besides – generating an industry with annual sales in   excess of 6 billion US-Dollars. Scott was not frightened by the apparent absurdity of the idea to use the deadliest poison on earth to treat patients. With this, Scott became a shining example of creativity, encouragement, persistence and pragmatism at its best. In brief: Scott was one of those researching physicians who shaped our modern medicine in the 20th century, but who have become rare in times of governmental research programs with all their obvious shortcomings. Clearly a man of the scientific anti-establishment, he never received a Nobel Prize, although he had met its requirements like nobody else.

I first met Alan at the beginning of the 1990s through a mutual friend, Peter Roggenkämper who brought botulinumtoxin therapy to German ophthalmology. We stayed in touch ever since. He closely followed the development of our botulinumtoxin centre in Hannover. Our new botulinumtoxin centre in Shanghai we will have to develop without him. His last major public appearance was at our International Congress on Treatment of Dystonia in Hannover in spring 2019 where he, together with Eric A Johnson, gave the keynote lecture on the development of botulinum toxin therapy: one as the inventor of the idea, the other as the tamer of the toxicity. Fortunately, this lecture was recorded by IAB – Interdisciplinary Working Group for Movement Disorders. It is now a historical document.

Dr Scott was born July 13th 1932 and finished medicine at the University of California San Francisco. After residencies in neurosurgery and ophthalmology, he joined the famous Smith-Kettlewell Eye Research Institute in San Francisco. During his affiliation from 1961 to 2013 he gained a worldwide reputation as a strabismus expert. In the early 1970s he pursued the idea to correct strabismus by chemical interventions in the external eye muscles to avoid operations in these mostly paediatric patients. Extensively searching suitable substances he came across Daniel B Drachman’s previous observations on botulinumtoxin, which he tried with a preparation exclusively provided for him by Edward J Schantz and Eric A Johnson at the University of Wisconsin. It was soon clear, that botulinumtoxin produces a robust and lasting paresis without systemic adverse effects and without structural damage to the target tissue. By the end of the 1970s first strabismus patients were treated and in 1989 Scott’s botulinumtoxin preparation was formally registered by the US Food and Drug Administration as a drug under the trade name of Oculinum®. In 1991 Scott’s Oculinum Company, founded for this purpose, was acquired by Allergan, a large Californian manufacturer of eye care products and the product name was changed to Botox®, which now has become a pseudo-generic name for pharmaceutical botulinumtoxin.

Scott immediately realised, that botulinumtoxin may also be used in other conditions in which reduction of muscle activity is required. One of those conditions are dystonias occurring in ophthalmology as blepharospasm. Here, botulinumtoxin therapy was instrumental in the development of C David Marsden’s and Stanley Fahn’s then emerging dystonia concept. Without its potential to offer effective treatment for those patients, the real dimensions of this condition would never have been become apparent. Soon after, additional muscle hyperactivity disorders were treated including hemifacial spasm, spasticity, infantile cerebral palsy, tics and tremor, but also gastrointestinal and bladder disorders. Currently, this indication area includes at least 26 conditions in six medical specialties.

The use of botulinumtoxin in aesthetic medicine, now  dominating its public perception, is also based on this muscle relaxing effect. Early on, when treating blepharospasm, we noticed, that muscular wrinkles in the forehead and around the eyes may disappear ‘miraculously’. Using this effect in some of our associates only, we would never have dreamt that these ‘beauty  treatments’ would become the most frequently applied procedure in aesthetic medicine.

Realising that botulinumtoxin can also modulate the innervation of exocrine glands, treatment of sweating and drooling became an option. A few years later, botulinumtoxin received a drug registration for treatment of migraine, thus opening up a  totally new field of pain indications. Recently, even a use in depression has been explored. Theoretic research now aims at using fragments of the botulinumtoxin molecule with their specific functions to design hybrid drugs with novel effects. 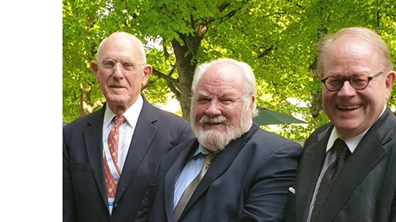 Alan B Scott ⴕ, Eric A Johnson, Dirk Dressler (from left to right)

Reprint with kind permission from:

See IAB video on this topic:

In Memoriam Dr. Alan B. Scott