Turning 30 always requires a lot of support. The entertainer Hans Pilgaard helped the Danish Dystonia Association on its way, both with the funny and the more thoughtful. After an extremely successful AGM, it was time for a well-deserved break with coffee and side dishes. The next item on today’s program was a lecture with the well-known TV star Hans Pilgaard with the headline:

“THE FIGHT FOR A MORE FUN LIFE” 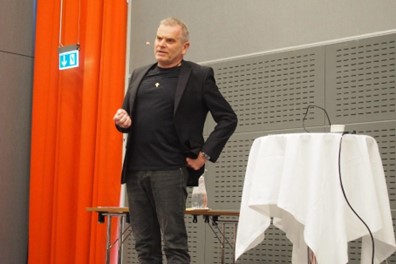 In these times of all sorts of diseases, accidents, disasters and wars, it is safe to say that amusing moments are needed more than usual.. Over the course of 2×45 minutes, he took us on a tour through his own experiences, both positive and negative, that make up being human.

Through his work and in his personal life, he has learned many things from the people he has encountered. You have to be and live in the moment, be less anxious, this is fundamentally important. Pippi Longstocking’s optimism, he believes, is the way forward, especially for us adults who are a little too preoccupied with living while we wait. Here are 3 quotes that Hans Pilgaard thinks we can learn from:

“If you are going through hell, keep going”, Winston Churchill.

“Life is what happens, when you are busy making other plans”, John Lennon.

“I haven’t tried that before, so I’ll definitely do that,” Pippi Longstocking.

After an hour and a half of good entertainment, Hans Pilgaard thanked the Danish Dystonia Association for letting him share his story and he received a warm and well-deserved applause from the audience.

The party continued until 11 p.m. There was nice entertainment along the way during and after the party dinner, so people could enjoy music all the time. The first feature was Tim Schou, who showed up with his guitar that follows him everywhere. 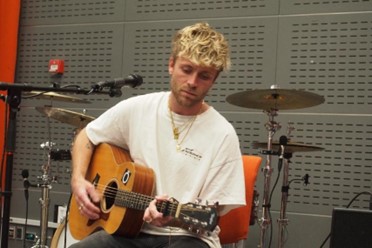 The second musical feature was the Vingard Band. Tine Vingaard, as she is called, really plays American music that is extremely harmonious and melodic. Today she has a great career in Berlin. The audience enjoyed her music. 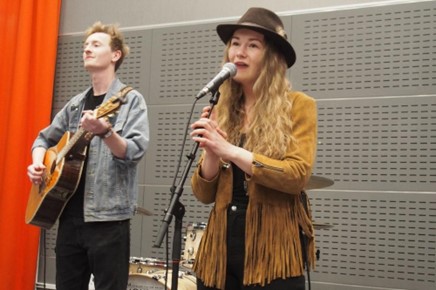 The board says thank you for a lovely anniversary and looks forward to the next one.