Our congratulations to Dr. Susanne Knorr, department of Neurology, University Hospital of Würzburg, Germany and the David Marsden Award 2022 for her paper:
“The evolution of dystonia-like movements in TOR1A rats after transient nerve injury is accompanied by dopaminergic dysregulation and abnormal oscillatory activity of a central motor network.”
Dr. Knorr was presented with the award by Dystonia Europe President Adam Kalinowski at the Dystonia Europe 29th Annual Conference and Dystonia Days 2022 in Copenhagen, Denmark last Saturday.
Dr. Knorr expressed her thanks to the judging panel for selecting her paper as well as to DE and Ipsen. She then presented her work. 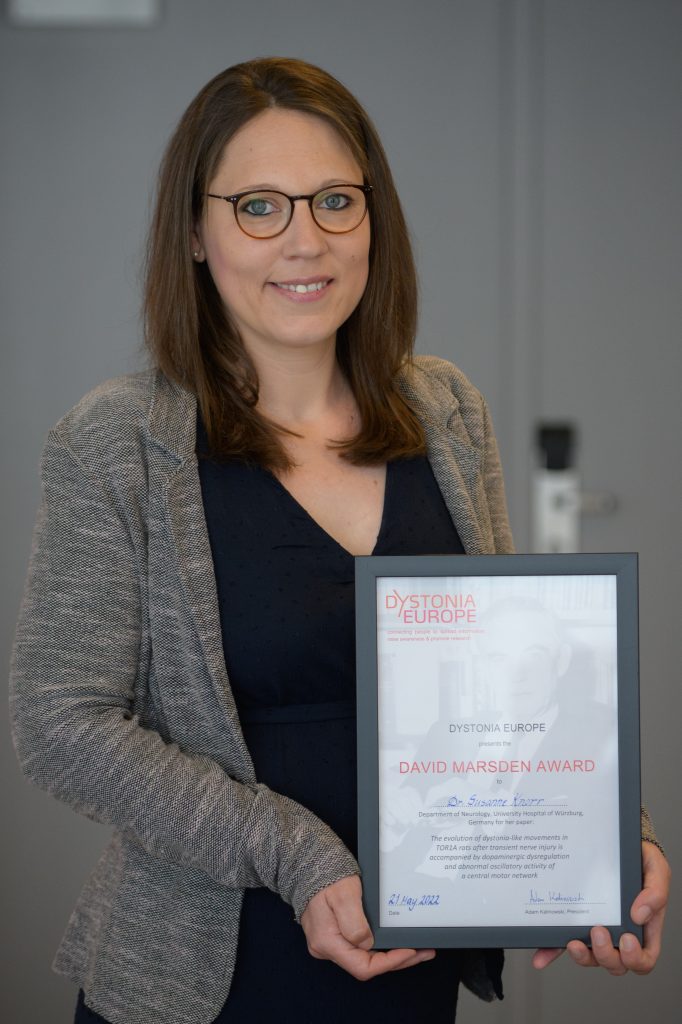 About the winner:
Dr. Knorr is an expert in basic research of movement disorders. She studied biology at the University of Wuerzburg. In 2015, she started her PhD thesis in field of dystonia in the lab of Chi Wang Ip and Jens Volkmann. Currently she is a postdoctoral research associate in the experimental movement disorder group of Chi Wang Ip. During her many years of experience as a technician and a biologist in basic research, she gained a wide range of knowledge in molecular biology, biochemistry, behavior analysis, animal stereotactic surgeries, and experimental DBS.

About the research:
Basic research is important to deepen our understanding of disease pathomechanisms and finding new therapy strategies. For this, the use of a suitable disease model is crucial. In dystonia research, animal models are highly relevant, because it is assumed that the network of the brain is affected by the disease and therefore we need a model comprising different cell populations, different brain structures and interconnections, which cannot be guaranteed in petri dish experiments. However, for DYT-TOR1A dystonia no animal model exists that reflects every aspect of the disease pathology. Either the DYT-TOR1A models are genetically modified animals without showing a dystonic phenotype, or the animals show a dystonic phenotype without a genetic background. Our aim was to generate an animal model, which mimics human dystonia by combining a known genetic dystonia background with a dystonic phenotype. In the genetically DYT-TOR1A rat model ∆ETorA, which expresses the human mutant TOR1A protein, a crush injury of the right sciatic nerve was implemented as an environmental factor to trigger a dystonic phenotype. Behavioral analyzes revealed dystonia-like movements in the nerve-injured ∆ETorA rats. Further analysis of this model showed abnormalities in the striatal dopamine metabolism as well as alteration of theta and beta oscillations in the brain network of nerve-injured ∆ETorA rats. In addition, we could demonstrate that deep brain stimulation in dystonic ∆ETorA rats reduced dystonia and normalized pathologic brain network oscillations. This study forms the foundation for further analyzes of pathomechanisms and treatment strategies by providing a new DYT-TOR1A rodent model. 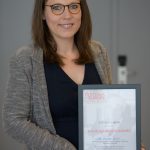 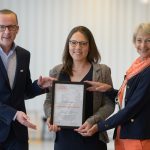 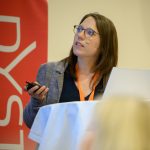 Dr. Knorr presenting her work at the Dystonia Day 2022 conference.

Prof. Tom Warner, Queen Square London:
About the Research of Dr. Susanne Knorr, the David Marsden Award winner 2022The changes in the brain that lead to dystonic movements have been the subject of extensive investigation, particularly for the genetic forms. DYT1 dystonia is the commonest genetic cause of childhood onset dystonia and various studies in cell and animal and human studies suggest it is due to a problem with circuits controlling movement, focused on structures deep in the brain called the basal ganglia. There is some evidence to suggest it involves the chemical messenger dopamine, and also that peripheral trauma may cause the dystonic movements to manifest.

The importance of the work published by Knorr et al is that, for the first time, an animal model has been produced that brings to together all these features. They studied a rat model that carries the same mutation in the DYT1 gene that humans have. They compared these to normal rats and caused a nerve injury to one leg to mimic trauma. This caused dystonic like movements of the leg which were persistent in those rats with the abnormal DYT1 gene. In these rats when they studied the chemistry of the basal ganglia they found increased dopamine metabolism (turnover) and also changes in the electrical signals measured in the basal ganglia which were similar to those seen in humans. Study of the basal ganglia under the microscope did not show any evidence of cell damage or loss, which again is believed to be the case in humans. Finally, the investigators performed deep brain stimulation to an area of the brain which correlates with the area targeted in patients with dystonia. They found, as is the case in patients, that the DBS improved the dystonic movements.

So in one paper, the researchers helped confirm many separate findings which will cement our understanding of dystonic movements. It also helped back up the view that trauma can be the trigger for the development of dystonia, particularly in genetic types. The improvement of the dystonia with DBS also helps us to continue the focus on what is going on in the basal ganglia. There has not been a study which recapitulates the clinical, biochemical and electrophysiological features of DYT1 dystonia in one model. This makes this animal model important to really drill down on the cell and circuit changes underlying dystonia. It also represents a good model for testing new treatment strategies.