Home › News › Meet Johan Arnfinn Warvik from Norway: My Life with and without Dystonia

Meet Johan Arnfinn Warvik from Norway: My Life with and without Dystonia 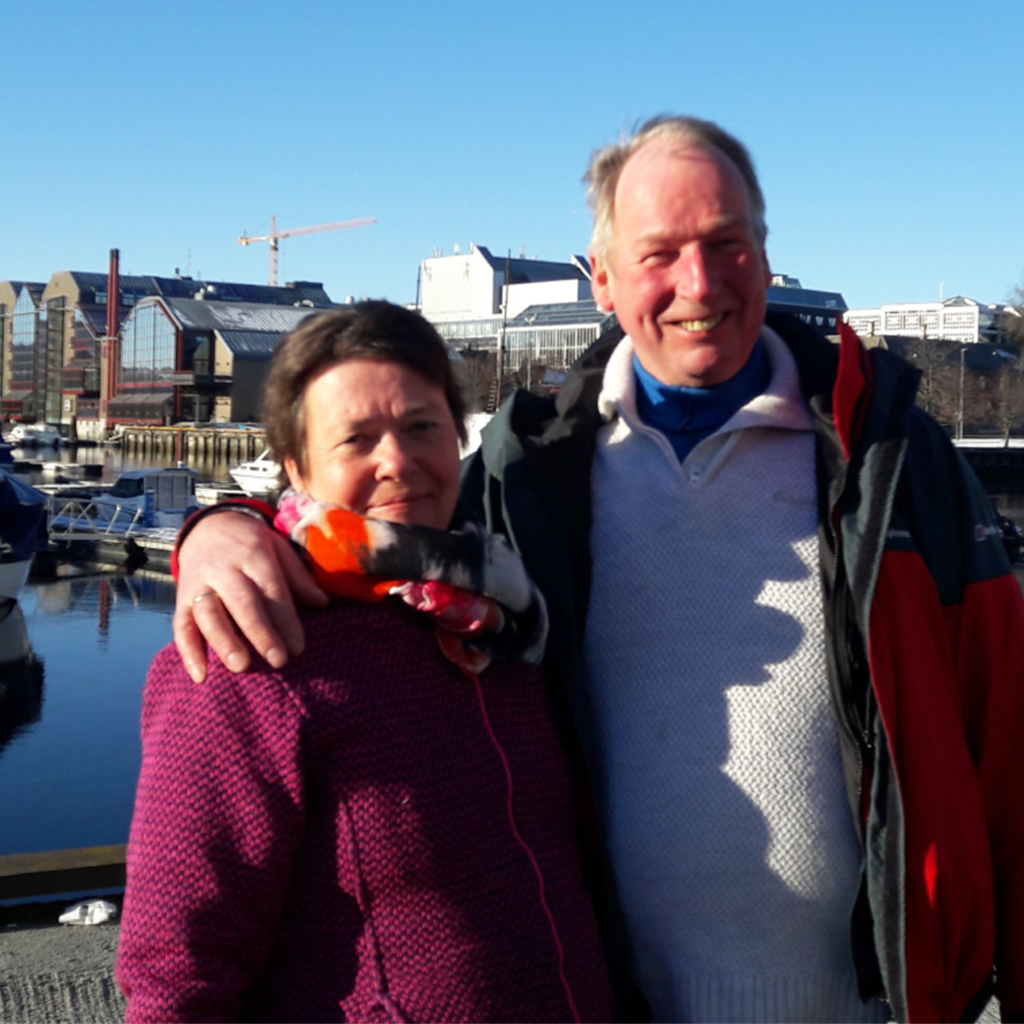 After using some parts of my story as background for a presentation on “Living with Dystonia”, I was strongly encouraged to share my story in the Norwegian Dystonia Newsletter.

Normal life: Like most of us, my life started with an ordinary upbringing, childhood and teenage years filled with lots of play and fun. Early on I learned to take      responsibilities and to work for what I wanted in life. After further education and service in the Army, I had a family of my own. I am married to Jorid and we have two children. I had a career, combined with much social activity and community engagement. Everything seemed normal.

Unusual symptoms: In March 1985, on an ordinary Sunday, my head started to make involuntary movements, it struck me like lightning from clear skies, my head was moving totally uncontrollably.  I was partially stuck towards the left side. How could I stop this? What was happening to me? I felt a panic spreading throughout my body, and no one except for Jorid was informed. After one week I went to the general physician (doctor), as it did not pass like I hoped it would. ‘While I sat in a chair in front of my physician I was told that this is what happens when all the pieces do not fall into place’. My Doctor told me it was psychological, that was the reason.

Ok, I just had to adjust to that. I took a long break from work and relaxed as much as possible. I went for long trips in the mountains and also carried on with  other interests I have. But it just would not get any better! I studied others that I knew had psychological challenges, none of them had it like me.

How serious was my case, would I not make it? The questions were many, most of them I kept to myself. I just needed to start working again. I denied my illness for many years. There were lots of ups and downs, but somehow life continued. Every time I had to give in the message was the same, psychological, there is no other diagnosis for this. In the end it came to a stop. After a difficult conversation with my general practitioner, I demanded to be seen by someone that possibly had more answers. Then my general practitioner referred me to a neurologist. The waiting time for an appointment was long but I used it to move on and contacted a physiotherapist that was very clever and I felt I was seen and taken seriously.

The physiotherapist helped me relax and described what I should focus on. Thirteen months later it was time for my appointment with the neurologist. It took 10 minutes until she said, “I know what is wrong, you have dystonia. You have a type of dystonia called Torticollis (now mostly called Cervical Dystonia) and we can give you some treatment for this.

The Diagnosis: Now it is February 2009, 24 yrs. after the first symptoms and I finally have a name of what is wrong with me. There was no cure. It was like a heavy load was lifted off my shoulders, I did not know whether to laugh or cry. Was it better or worse than a psychological condition? I did not know, but at least with this there was hope for relief. I did not have to  fall apart.

The Fight: A new and long fight started, the neurologist gave me brochures from the Norwegian Dystonia Association. and she also encouraged me to become a member of the Norwegian Dystonia Association. After I read through these brochures I became aware that maybe this was more serious than I first thought. And no, I did not want to join an organisation. I would handle this myself. However, the fight became hard. I had many thoughts and concerns, ‘How would this impact my family and what would my friends think?’ I did not want this illness, I just wanted to be like everyone else. Will I ever be able to work again?  The doctor that diagnosed me with a psychological diagnosis was right in a way, I thought about the days ahead of me. Just going to the mailbox was almost impossible. What would the neighbours say?  Solitude and nature became important, and most of all my nearest  family and friends. They fully supported me.

A trip to town and a visit to a bookstore became my turning point.

The Turning Point: I was wandering around, hoping to find a book that could tell me more about what I should do now.  Like a recipe, easy but of course totally unrealistic.

The Law of Possibilities:  I found a book with this title and brought it home. Easy descriptions on what should be  important and what you want. What you decide on you will achieve. Can this be correct? I read some chapters again and again, and ended up sitting down and giving myself concrete goals. They were not complicated, but for me in this situation they were very high goals.

I wanted to use as much energy, knowledge and effort to improve my health and my life; as I had done at work. I wanted to become so self confident that I could stand in front of a crowd of people and say whatever I wanted. I wanted to become a good grandfather for my five     grandchildren and to be a good husband.  That was all. Nothing happened overnight, but step by step I got through the worst time. After my wife insisted, I also    joined the Norwegian Dystonia Association. We travelled to Stavanger for our first meeting.

I discovered that I was not alone, more people were  struggling with the same thing, some even had more challenges. I noticed a very special and friendly environment, nobody asked me about my work, my title or why my head moved. We enjoyed ourselves and decided that we wanted to join other meetings.

Accept and Adapt: After a while I realized that I would not recover totally. It is a chronic disease. To accept that life will never be the same is not easy. I needed to think through what values matter most. Could I create for me a new life where other values were put into focus instead of the values I had before? Returning to work was not possible.

I was so lucky that I had a small farm by the fjord, in  addition to our main house. Here I could unfold myself. I nurtured the woods, the nature and my lovely place by  the sea, created for both children and grownups. Maybe mostly for the children. I started to enjoy every project, the creativity was like a flooding river. I brought the little ones with me and we spent time together. Life had a new meaning. After a while I realized that my previous life was my previous life.  The life that is now is being formed today and in the future. 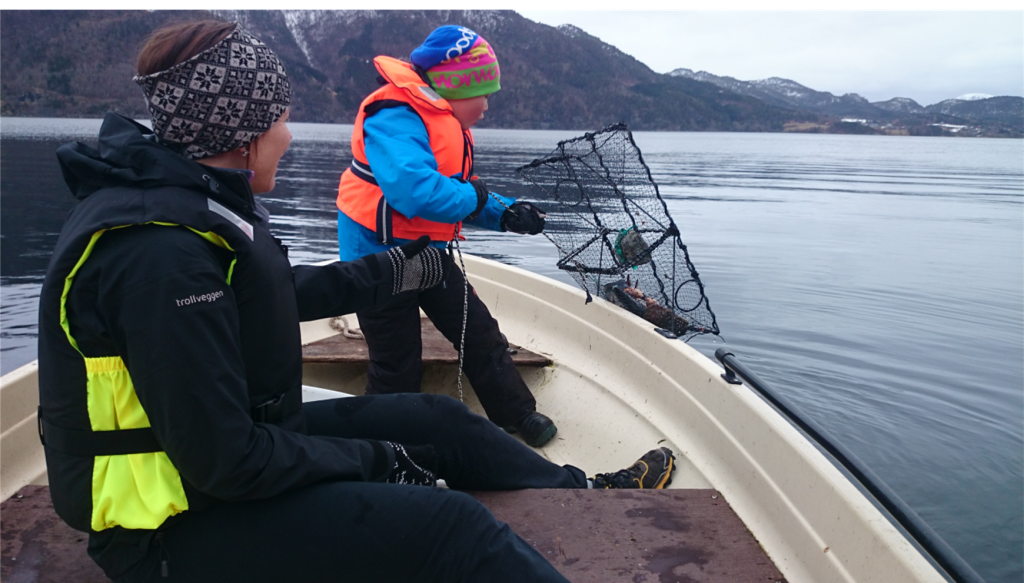 After a while I was contacted by the election committee of the Norwegian Dystonia Association and asked if I would consider being on the board. I think I answered yes before giving it a second thought, one of my old weaknesses. But I thought that if such an association can function, someone must be willing to do the work.   Maybe this could be a good combination, working for myself and getting out to socialise in between jobs.

Support by people around me: After visiting various neurologists, I now have a neurologist I fully trust. I get injections at regular intervals and a total evaluation each time. I have a physical therapist that is qualified in the treatment of patients with dystonia and knows me well. I have a family that has been there for me through all the ups and downs. Dystonia friends, well what can one say, it is the friendship that I have achieved here that has a huge meaning. Throughout my engagement I have met so many fantastic people.  Not least those I have had the pleasure of working with in the Norwegian Dystonia Board. It has developed me as a person and given me friends for life.

The new normal   There have been lots of hard challenges to overcome, but it has given me knowledge that I would not trade for anything else and  I live today and do not plan in details 10-20 yrs. ahead.

At times I’ve even thought “Praise dystonia”, though I would of course prefer not having dystonia, it forced me to think thouroughly about what is important in life.

I combine different types of activities, which I can feel triggers my dystonia, but I will not give up on those    activities. It gives me more than it costs.  If I just sit and think about what I cannot or should not do then I would lose so much.  I would rather focus on what I can do  despite dystonia. I enjoy the day and value my friends so much, some of them fell off when the battle was at its hardest, but I do not waste energy on them. Maybe they were not real friends after all. Life is so much more than dystonia. Laughter and happiness is definitely back!