At the end of last year we had the idea of creating this day and began to draft some concepts. However, in March we realised that due to the Covid-19 pandemic we were compelled to change our plans.

Eventually, when it was clear that no event with an audience would be possible, we diverted our efforts into a live-streamed event on our Facebook page and YouTube channel. In such a way, we could reach much more people, who were glad to remain at home due to the unusually cloudy and cold weather all over the country.

The event began with an outstanding testimonial: Maestro Salvatore Accardo, a world famous violinist, performed a Mozart Sonata accompanied on the piano by his young daughter Irene. It was a ray of sunshine on this autumn day!

Later Maestro Accardo revealed for the first time that 40 years ago he began to have symptoms of dystonia, and he was afraid that his career was over. At the time it was Prof. Alberto Albanese who diagnosed him, and now 40 years later, during our live event, Prof Albanese reminded Maestro Accardo that when he played his violin in the hospital, during his dystonia tests, people stopped near the medical office creating congestion as they were enthralled by his music.

Maestro Accardo is now teaching in Conservatories, and said how important it is to have an early diagnosis of dystonia for musicians, so that they can begin to face the disease as soon as possible and accomplish their career in spite of the disease. 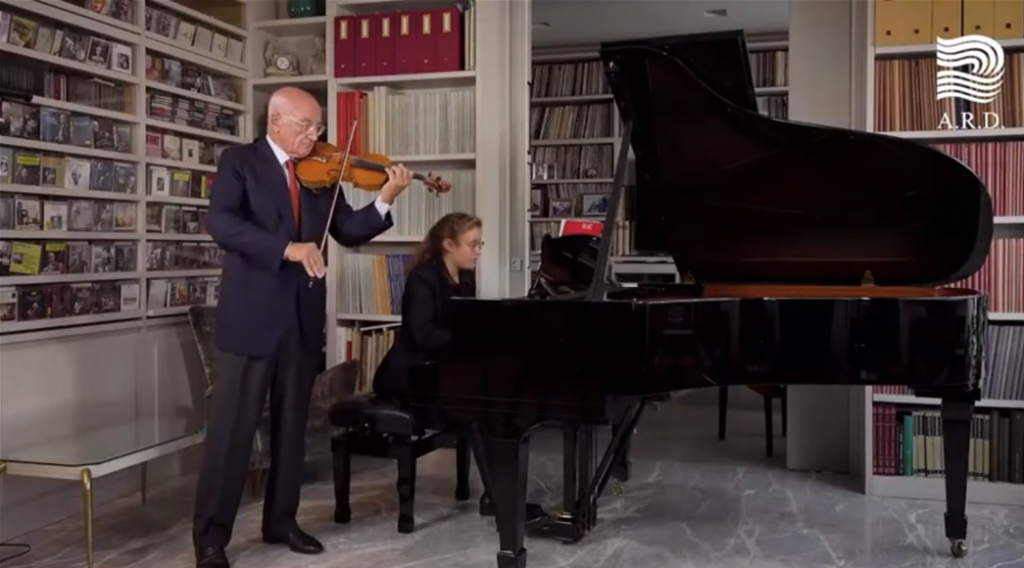 Prof Albanese launched the idea of a survey in Italian Music Conservatories in order to find out how many musicians with dystonia are now studying there. The goal is to have the survey completed by our second  D-Day next year in 2021.

The central part of our first D-Day event involved four patients who told their stories:

-A mother whose son began to show symptoms of dystonia in his arms, legs and tongue at the age of only 8. Eventually he was diagnosed with genetic dystonia caused by the Gene KMT2b mutation. Her son is now 13 and is scheduled to have Deep Brain Stimulation. Despite his movement problems he is now very fond of his hobby: Sport Climbing.

– A man whose dystonia began suddenly after some years of chronic autoimmune gastritis, which should not be involved in his dystonia. Now he is in a wheelchair and has to face these two diseases.

– A lady with generalised dystonia and some other rare symptoms which do not overwhelm her. She remains positive and considers herself a warrior.

– A man who was diagnosed with dystonia 13 yrs. ago and since then has tried various alternative methods and found that he got relief (although temporary) in dancing. He says that hope is the best medicine and suggests doing what oneA loves.

The audience greatly appreciated these life stories shared by the four patients. Everybody recognized his/her own grief, discouragement and resilience, ending with a message of hope.

Then it was the turn of the medical professionals:

14 doctors took part during this D-Day; some of them just gave regards from the Neurological Academies and Societies who cooperate with A.R.D., whereas each of the 8 doctors of our Scientific Committee    spoke about a specific topic (such as genetic dystonia, paediatric dystonia, diagnosis and taking charge, DBS, instrumental investigation techniques and confidence in treatment).

This section ended with a video made by Fondazione Don Gnocchi in Milan which featured Daniela, a lady with cervical dystonia who is treated there.

She was filmed while being examined with echo- grams and an electromyogram, injected with botulinum toxin and doing physiotherapy. She says that she feels totally confident with the doctors, which is so important for the patient.

Another idea for 2021 D-Day was suggested by Prof. Albanese: A survey of all the Italian neurological centres treating dystonia, in order to create a database for doctors and patients, indicating which types of dystonia are treated by each centre.

The final part was dedicated to our book “DiStorie” published in 2017. It is made up of 26 stories about people with dystonia told by themselves or by relatives. Their ages vary from 16 to 60, the types of dystonia are various, from cervical to blepharospasm to generalised dystonia, genetic or not. The title of the book is “DiStorie” as it is “DISTONIE” where the N is deleted and replaced by an R. In Italian it is an excellent mix of dystonia and stories, which is exactly the aim of the book.

Reading these stories is not easy, as in most cases there is no happy ending. All of them show a past with problems and pain, a present with at least a diagnosis and some medical treatment, a future with maybe an improvement or maybe a worsening of quality of life.

During our event four different stories were read by Pino Strabioli, a TV actor and director. They involved toughness, optimism, despair and love. Writing about a disease has a therapeutic effect in itself, when you put in writing your own pains and fears, this can help to accept and overcome them. Writing about your  disease is a victory over it.

Our live event lasted for three and a half hours, without any interruption. It was really like a whole day dedicated to dystonia, as we had so many inputs and emotions and information that time seemed longer.

During the event we met many doctors and had from them reassuring news about research and new therapies. Many people asked questions in the chat, and everybody got an answer by Prof Morgante and Prof Nardocci.

We are glad that we could achieve this event in spite of all the problems of this period. A.R.D has already scheduled  the Second Italian Dystonia Day next year, on September 25th, hoping that we can meet without masks and smile at each other. 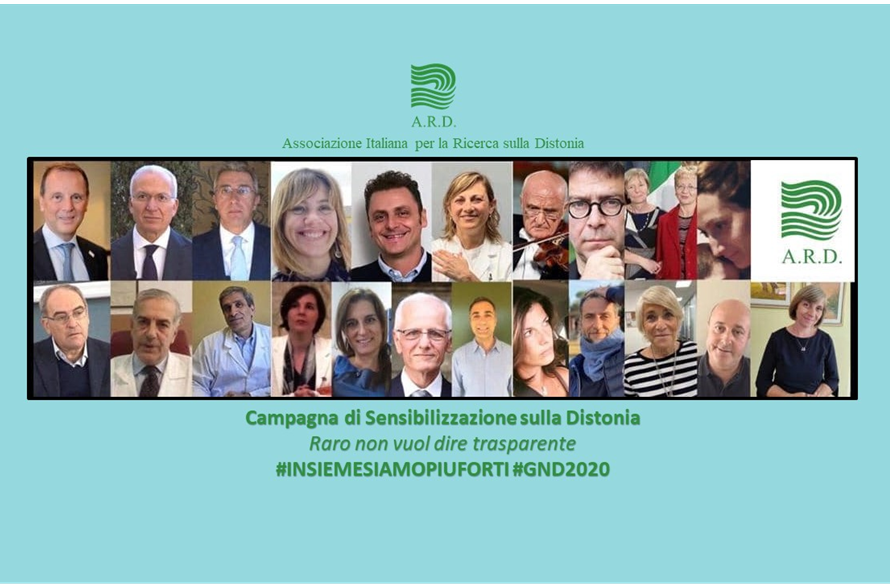