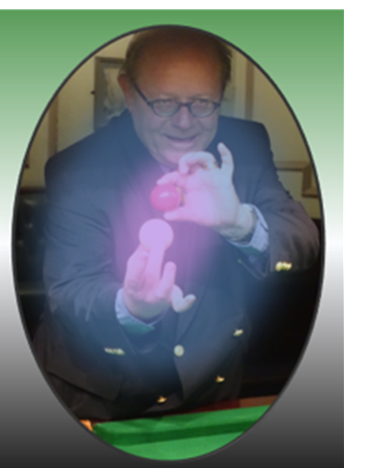 The therapeutic use of Botulinum Toxin (BT) was established some 40 years ago in ophthalmology by  Dr Alan B Scott. Soon its use spread into the therapy of various dystonia indications. Ever since, it has been the backbone of dystonia treatment. Average subject-ive improvement is for most indications in the order  of 70 to 80%. Its adverse effect   profile is favourable and over decades of use in   hundreds of thousands of patients it has demon-strated an excellent long-term safety record. In most cases BT therapy should be accompanied by additional therapeutic measures.

BT therapy will then ideally become an integral part  of a multifactorial and multidisciplinary treatment concept. In summary: BT therapy is an extremely    powerful therapeutic  tool with its efficacy and safety determined by the physician    and his skills. In the following we will be  exploring recent developments in BT therapy.

One of the parameters of BT therapy is the interinjection interval, i.e. the interval between two subse-quent BT injection series. Since the early 1990s with the first descriptions of BT antibody formation in patients receiving BT therapy, it was recommended  to limit the interinjection intervals to at least 12 weeks in order to avoid BT antibody formation. In 2014 it became apparent that this minimum interinjection interval was limiting the potential of BT therapy, as 83% of patients with cervical dystonia have thera-peutic effects starting to vanish before 12 weeks, thus leaving them with suboptimal treatment for prolonged periods of time (Dressler et al. 2014).  To improve BT therapy, we challenged the 12-week recommen-dation (Dressler & Adib Saberi 2017) in a study evaluating 30 dystonia patients receiving incobotulinumtoxinA (Xeomin®) at interinjection intervals of less than 80 days. After an observation period of at least 2 years there was no indication of any BT anti-body formation. Instead the patients’ annual time with sufficient therapeutic effect increased by 22%. Assuming an average of 4.3 injection series per year, this means 65 days of improved therapeutic effect each year for the patient.

This ‘Short Interval Therapy’ is able to increase the outcome of BT therapy and to improve the patients’ quality of life considerably.

Another parameter of BT therapy is the total BT dose applied at each injection series. Again, in order to avoid BT antibody formation, total BT doses were   recommended not to exceed around 400MU per injection series. It was also felt that higher total BT doses might produce systemic adverse effects, i.e.  systemic toxicity. In clinical practise, how-ver,  frequently higher total BT doses are necessary to treat more wide-spread and more severe forms of dystonia and spasticity. We also challenged this  recommendation to improve BT therapy (Dressler et al. 2014). For this, we evaluated 100 patients with dystonia and  spasticity receiving total doses of incobotulinumtoxinA of more than 400MU per injection   series. After an observation period of at least 2 years none of these patients showed neither BT antibody formation nor any sign of systemic adverse effects. A subsequent company sponsored study confirmed our results (Wissel et al. 2017).

This ‘High Dose Therapy’ now allows treating patients suffering not only from focal dystonia, but also from non-focal dystonia, i.e. more wide-spread forms, and also from more severe dystonia forms. This also changes the dividing line between the use of BT therapy and Deep Brain Stimulation. Patients with more wide-spread and more severe dystonia have now the choice to try the much less invasive BT therapy before Deep Brain Stimulation has to be considered.

Many dystonia patients receive BT therapy only. This may be sufficient in mild and uncomplicated cases. For the majority of patients, however, BT therapy needs to be combined with additional measures. In order to establish and to promote a multimodal, multidisciplinary treatment approach IAB – Interdisciplinary     Working Group on Movement Disorders organised a consensus statement with 20 experts from all over the world (Dressler et al. 2015). This consensus statement describes how the severity and localisation of the   patient’s particular dystonia form influences the use of BT therapy, Deep Brain Stimulation, antidystonic drugs, adjuvant drugs and rehabilitation therapy with physiotherapy, re-training, occupational therapy, speech therapy sociotherapy and psychotherapy.    Patient groups play an important role in this concept.

BT therapy is a local therapy. This means, BT has to    be injected directly into the target muscles, i.e. the muscles selected for treatment. BT therapy starts with the planning. Planning requires the selection of the appropriate target muscles and their appropriate BT doses. Both parameters will be recorded in the injection scheme, which is highly individualised for each patient and its particular symptomatology. If BT therapy doesn’t produce the desired results, this is mostly caused by inappropriate injection schemes with usually too few target muscles selected and too low BT  doses chosen. The next step is the BT application according to the injection scheme. This includes the localisation of the target muscles and the actual placement of the specified BT doses. One hypothesis suggests that exact localisation can reduce BT doses and adverse effects. Conventionally, BT placement is based on anatomical knowledge supported by topographical information, landmarks and palpation. Certain tricks can be of additional help. Alternatively,           ultrasound may be used to visualise target muscles and electromyography to give acoustic feedback about the localisation of the injection needle.  Ultrasound requires expensive equipment not readily available everywhere. Electromyography also requires additional equipment. Special injection needles become necessary. They are thicker and produce more patient discomfort. Some studies, indeed, show that both methods can improve application precision. However, no study so far could demonstrate improved therapeutic results by application of these techniques. The additional application precision is obviously not necessary for the therapeutic efficacy. However, we feel that in special situations ultrasound or electromyography may be helpful. These include very localised forms of dystonia in forearm muscles as in writer’s cramp or in musician’s cramps or dystonia localised in deep limb muscles. Treatment of children with their particular anatomy may also seem to benefit from additional guidance techniques.

We conclude that ultrasound and electromyography may increase therapeutic efficacy in BT therapy of forearm muscles as in writer’s cramp and musician’s cramps and BT therapy of some deep limb muscles. Both techniques, however, are not a general requirement to perform BT therapy and their availability should not prevent making BT therapy available to patients.

BT drugs are a global market with annual revenues in excess of 5 to 6 billion US$. Half of this market covers therapeutic indications, the other half aesthetic ones. With international competition rapidly increasing, companies are in desperate search for unique selling points to distinguish their products from others. The most recent attempt to generate unique selling points are liquid BT drugs and BT drugs with prolonged duration of action.

So far, rimabotulinumtoxinB (Neurobloc) is the only BT drug marketed as a liquid. Its advantage is that it is ready to use and physicians save the time for the drug reconstitution, which is a few minutes. Disadvantages of liquid BT drugs include that their maximal drug  concentration is pre-set and cannot be increased if necessary.

If an existent BT drug should be changed into a liquid version a complex and costly re-registration in all countries involved would have to be initiated.

Developing a liquid version of an existent BT drug with otherwise identical features is difficult, as the failure of the liquid Dysport® development project shows. Also, simultaneous marketing of conventional and liquid versions of the same BT drug seems to be    challenging. We believe that liquid formulations are an option when new BT drugs are developed. Although actual advantages are limited for physicians, for patients they are non-existent. For aesthetic uses liquid BT drugs possibly in pre-filled syringes may be more interesting.

Most recently, the duration of action of BT drugs became an issue, when a US company claimed that their substance increase patient compliance by reducing the number of their office visits. However, a prolonged duration of action would also unavaoidably mean that adverse effects would also last longer and that the adaptation phase at initiation of BT therapy would be prolonged. Whether patients would really welcome reduced    access to their physician and whether physicians would welcome this interference with their income basis is not clear. So far, there is no valid scientific concept as to how the duration of action of BT drugs can be markedly increased. The proposed concept of daxibotulinumtoxinA’s manufacturer is unclear and data to support their claim of prolonged duration of action is lacking.

The Corona pandemic is directly challenging all health care systems world-wide. Countermeasures against it have and are still provoking massive interruptions of social, economic and medical interactions. Part of the interruptions of medical interactions are shutdowns of medical services. We wanted to study the consequences of a 6-week complete shutdown of the BT clinics at Hannover Medical School (Dressler & Adib Saberi 2020). For this, we interviewed 45 patients with various dystonia, spasticity and pain conditions with   a standardised questionnaire. Not surprisingly, all   patients experienced return of their original symptoms. Their subjective quality of life was reduced by 40%. Two thirds of patients perceived their BT therapy as more important than before. All patients stated that treatment availability was important or very    important. 98% of patients felt that their patient rights were violated.

The corona pandemic is also producing numerous  indirect challenges to health care systems. We already experience massively reduced national and inter-national exchange at meetings and impairment of multicentre studies and projects. This damages competition and paralyses the scientific system. Cancellation of international meetings blocks revenues from registration fees and industry grants and destroys the funding basis of the scientific societies. We are pessimistic that this funding will ever return. Alternative funding sources are not likely, especially as the eco-nomic crisis is also eroding the funding basis of all  general health care systems. As much as this is a    problem in developed countries this is an even more catastrophic problem in developing countries.

Interestingly, Asia does not seem to be part of this development. Especially China seems to have recovered more rapidly and will continue its expansion.

Much progress has been achieved in further de-veloping and refining the algorithms of BT therapy.    Ultrasound imaging and electromyography offer     valuable information for BT placement in special     indications. Actual needs for further BT drug de-velopments are unclear. Often such development  projects are marketing-driven. It seems to be more important to expand the availability of BT therapy     to all patients in need. This is a special challenge in underdeveloped countries. Corona shutdowns have dramatically underlined the importance of BT therapy for patients with dystonia as well as the considerable burden of disease generated by dystonia. The next months and years will be crucial to safeguard and  protect our health care systems. Patient organisations will be playing a crucial role in this process. 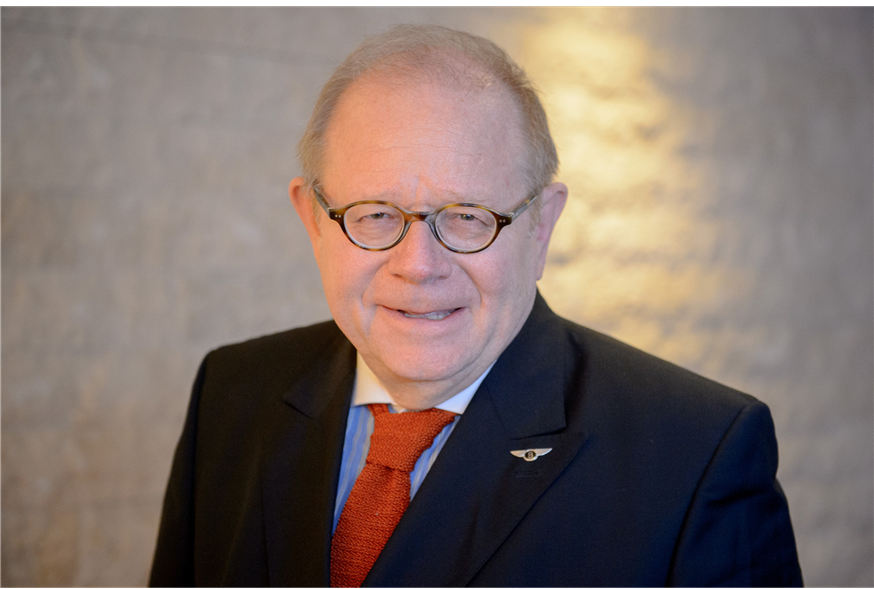 Flatau-Baqué B, Simon O, Dressler D*, Simpson DM* (2017) Safety and efficacy of incobotulinumtoxinA doses up to 800U in spasticity: the TOWER study. Neurology 88:1321-1328. *shared senior authorship