From an Island Holiday Jump to a Jump for Dystonia Campaign

In 2015 Dystonia Europe rolled out its Jump for Dys-tonia Campaign for the first time with the possibility   to win a skydive jump.  The campaign circulated around the world and many thousands of jump photos were submitted and four skydive winners selected. For this year’s Dystonia Awareness Month we are very  excited to relaunch the campaign with a new twist.

How did it all start?

In 2013 Dystonia Europe Executive Director Monika Benson travelled to Africa to meet up with her youngest daughter who spent her second year of high school in Nairobi, Kenya. For the spring break they travelled to the little island of Pemba, outside of the Tanzanian coast. One day they were off to a sailing tour and stopped on a sand bank in the middle of the ocean. Surrounded by sand, sea and sky and the joy and beauty it created, they decided to do some holiday Jumps together. ”It was a moment I  never forget”, Monika says. Later on when she was back home in Sweden, looking at the holiday pictures she discovered that they meant a lot more to her than the vacation memory itself. Monika has cervical dystonia since 2001 and struggeled with the disease for many years before she could get out of her house, work and be more active again. ”The jump photos showed me that I had come a long way in my dystonia journey, from having difficulties walking I could move around, travel and even jump again… I was very grateful”, she says. 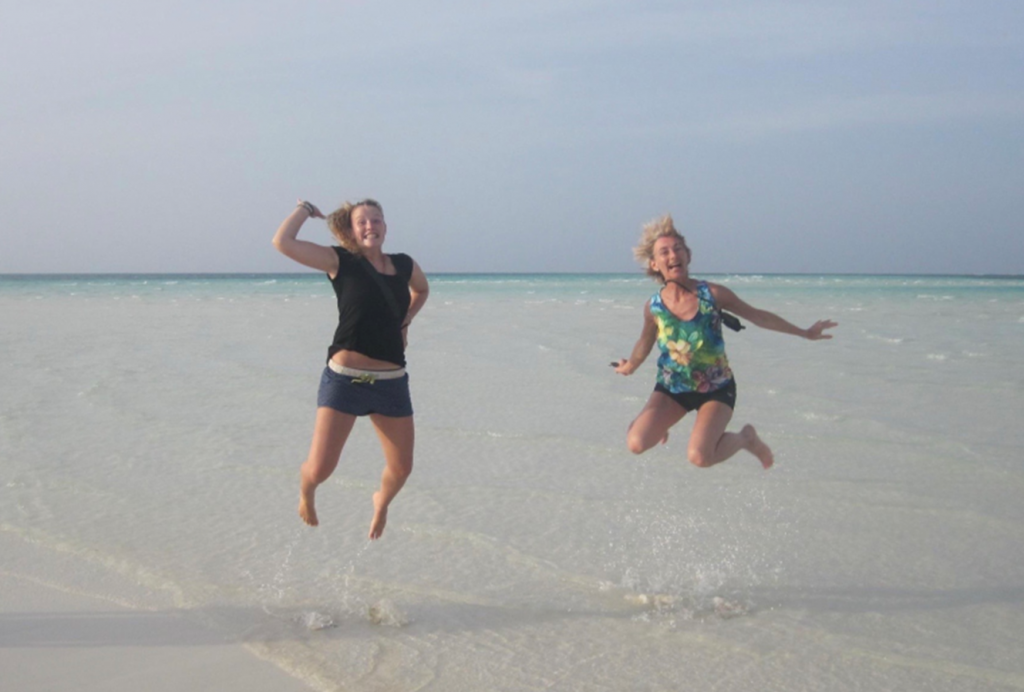 The first Jump for the Dystonia campaign

In the autumn of 2014, at the D-DAYs in Paris, the one-year campaign was launched. It took place on social media, above all on the special Facebook channel. We were so excited to see all continents  taking part. In many countries there were self-nominated Jump Ambassadors, very often dystonia patients themselves, who worked very hard to organise events at schools and companies, contact media and television in order to promote the campaign and raise awareness. Our partners and sponsors took part by organising special jump events and challenges for staff and colleagues. It was just amazing to see how we joined together around the world to spread dystonia awareness.

For the last few years the DE team has discussed how to relaunch the Jump for dystonia campaign. This year, with the support of our Think Tank members, we have taken the campaign to a new level with a new twist.

For this year’s Dystonia Awareness Month we will ask our followers what type of Jumper they are?   They can share their photo with us and be in with the chance to win up to € 500. If you do not know what type of jumper you are you can take the special quiz:

We hope to see a lot of activity and many jumps    across our social media channels for the next few weeks.  For more information on the campaign see:

The campaign has also been made possible with the support from EFNA BrainLifeGoals Grant Scheme.

Let’s take flight and get this Dystonia Awareness Month off the ground!

Join me and jump for dystonia around the world again! 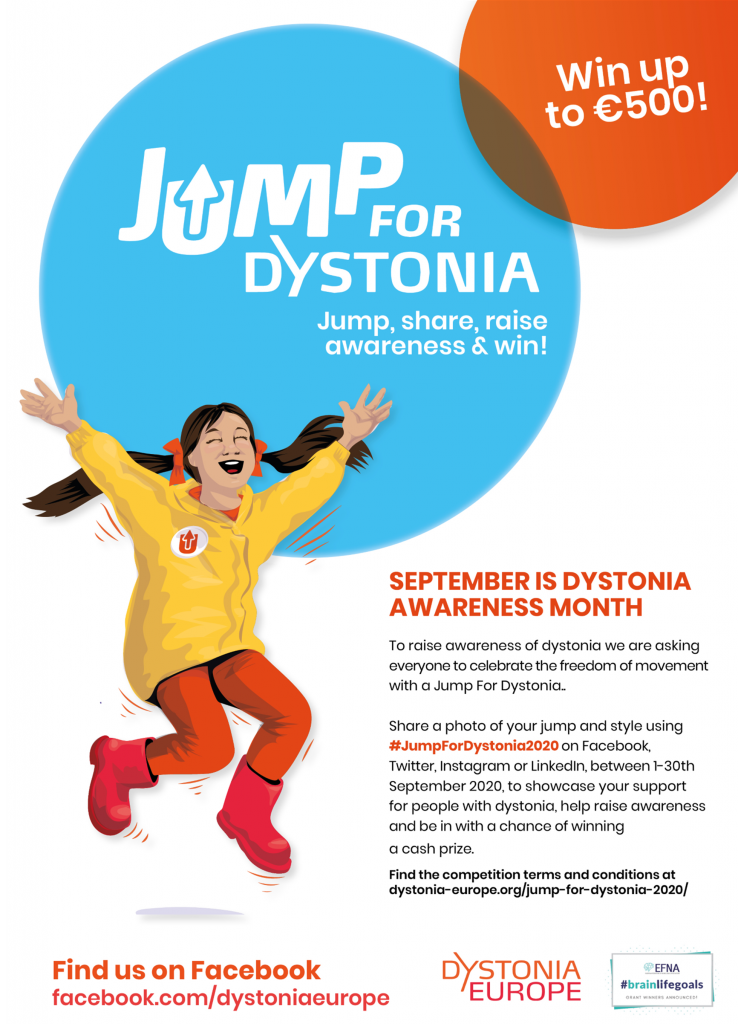 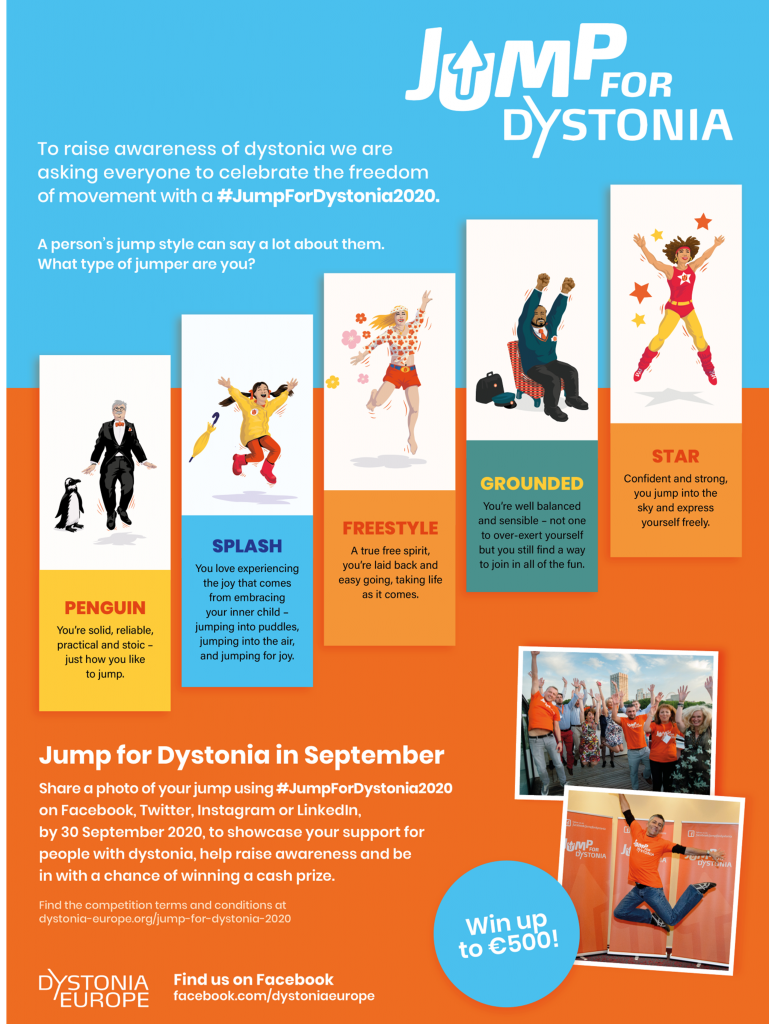