Active Citizenship Network held its prize ceremony of the 2nd Edition of the European Civic Prize on Chronic Pain at the Concert Noble in Brussels. The four categories were: Patients’ Empowerment, Innovation, Professional Education, Clinical Practices.

Dystonia Europe had submitted an application for the Patients’ Empowerment Prize for the project MyDystonia. And we were selected by the Jury!
It was a great honor to receive the prize from Ilaria Giannico (Secretary-General of European Union of Private Hospitals) and Liisa Jutila, Vice-President of PAE – Pain Alliance Europe, at the opening ceremony of the SIP 10th Anniversary Conference.
Dystonia Europe President Adam Kalinowski had made a video-recording explaining MyDystonia and how it works. This was shown to the audience before Monika Benson was asked up onto the stage to receive the prize.

“ Dystonia Europe introduces the patient to a diary with an interaction with the other patients and doctors reassuring them. The APP is very fast to complete, taking into account their condition. Moreover it is a global and evolving APP gathering information. It will include a very important population: kids!”
“Could become standard of documentation for dystonia and related pain features.”

In Monika’s thank you speech she included Active Citizenship Network and the Jury for selecting the    Dystonia Europe project, the company Merz who      believed in the idea and fully supported the project,  the Dystonia Europe Board and Team and the My-Dystonia Ambassadors for all their hard work to rea- lize the project.

Last but not the least she thanked the MyDystonia   users. “Their feedback has inspired us to continue our work and improve the APP and very soon the next version will be launched – MyDystonia2.0.”, she said.

The Dystonia Europe Board and Team are very proud  of this prize and now looking forward to the next steps.

Together with the prize Monika Benson was awarded an Honorary Membership of the Pain-Euro Mediterranean Coalition. 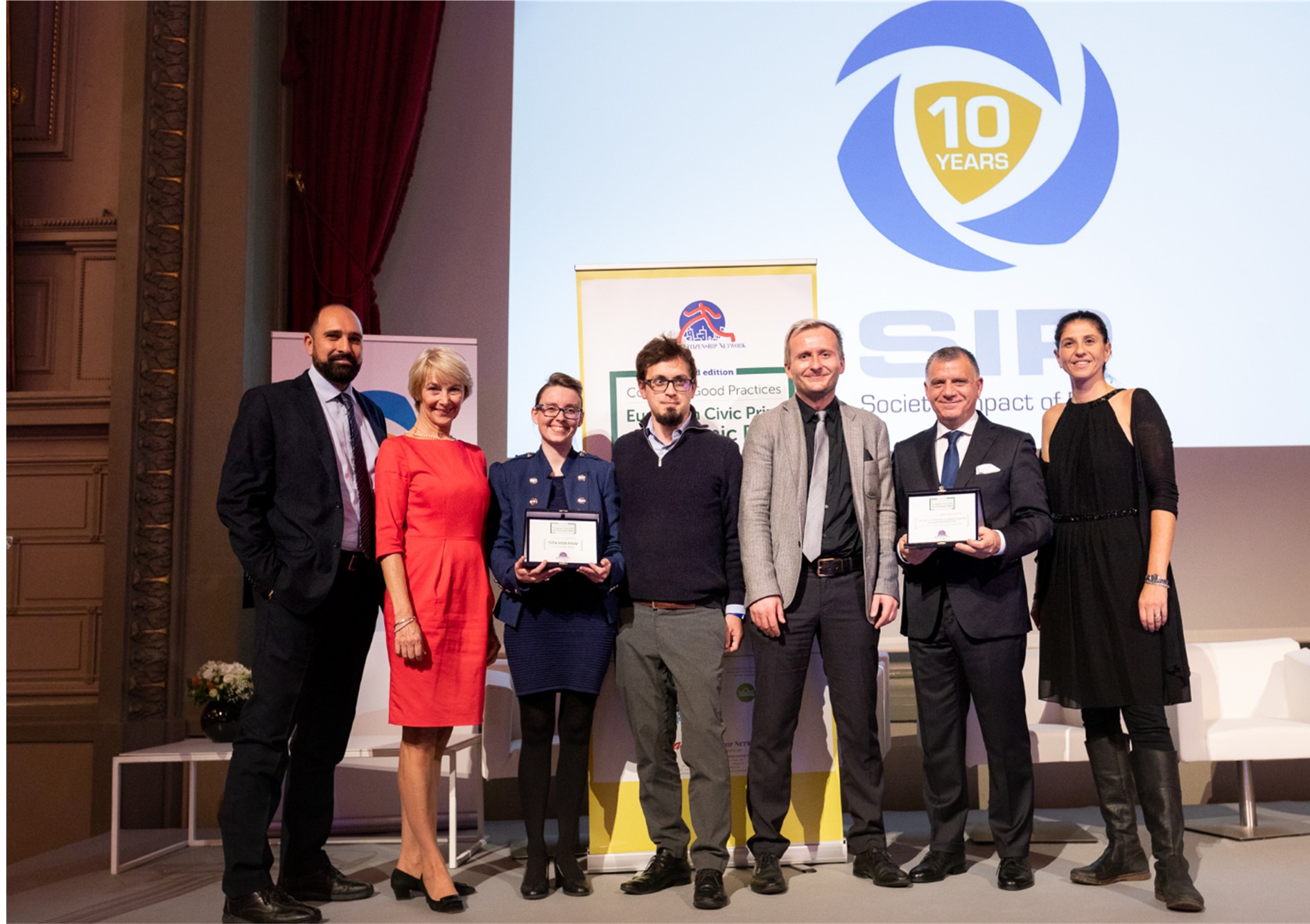