A few months ago the Dystonia Europe Board asked me to organise the 4th Mydystonia Ambassadors meeting in my home town of Newcastle, England.

I have never organised a meeting like this before and knew there was a lot to do and a lot to live up to as previous ambassador meetings had been very well organised and run.

In due course I chose a suitable hotel with good facilities for all our guests and of course for the meeting itself.

It is on the Gateshead side of the quayside, only a short walk across the bridge to Newcastle. I was not only pleased with the hotel but also the location as the quayside has been developed over recent years and there are lots of things to see and do.

Our guests arrived at Newcastle Airport on the Thursday and Friday ready for the welcome dinner on the Friday evening.

The weekend started at 7pm on the Friday when we all met in the hotel lobby for our pre-booked 3 course meal. We had a private room for the dinner (at no extra cost) so there was no worry about disturbing any other guests in the hotel while we did our formal welcome to the meeting.

We were very pleased to be joined by one new ambassador, Raquel Vacas from Italy. The other ambassadors present had all met before as we have all been ambassadors since the program started.

The next day the meeting started promptly at 09:30am and we were all ready to hear all the news about the MyDystonia App. Eleven people attended the meeting and a further two joined us on Skype.

The meeting began with some updates from Adam and Monika and then moved onto an update from Eelco about the new version of the app currently being developed.

It very quickly became apparent that we all had lots of comments and questions about the new version as we are all committed to making it work really well for all of our users.

Eelco was, as usual, open to suggestions and proposed changes to what so far has been developed. We talked mainly about how it would look and of course the functionality too.

Everyone present was so engaged in the development of the app and had so many really useful comments and questions that we abandoned the rest of the meeting agenda and concentrated on the app development. That is of course our main objective, we are app ambassadors and we all had our users best interests in mind while we discussed the layout and functionality of the app.

After a long day of concentrating and listening to each others ideas we were ready for the meeting to close so some of us could have a short rest before our next event. No such rest for Monika, Adam and Eelco! They continued working while the rest of us returned to our rooms for a short break.

We met again in the hotel lobby at around 5:30pm for some relaxation and enjoyment. In previous years we have been lucky enough to visit the Guiness brewery in Dublin and a living museum near Frankfurt. I decided to show off my home town as the quayside is rich with history.

I took everyone on a short guided walk around the quayside telling them some of the history along the way. We talked about old buildings and new, the great fire of Newcastle/Gateshead, the 7 bridges that cross the river Tyne and a lovely tale of a young girl called Bessee Surtees. She fell in love with a young man called John Scott and her wealthy parents disapproved of him. She climbed out of her bedroom window in 1772 (the house is still standing) and eloped with her young man. John Scott later became the Lord Chancellor of England, her parents then approved of him!

We also talked about the general history of Newcastle and how it was first built in 213AD by the Romans.

I also managed to squeeze in a nasty tale of how in 1649 27 women were found guilty of witchcraft and 14 of them were executed in the town.

The tour took just about 1 hour during which time it became dark and all the bridges lit up creating quite a spectacle, lots of photos were taken as it was so attractive.

The next part of our weekend was a meal in a restaurant on the top floor of a modern art gallery, The Baltic. We all enjoyed another lovely meal which was very welcome after the hard work we had done during the day.

It was lovely to have time to talk to each other about our lives and families, and to discover things we have in common apart from dystonia and our app.

The next morning we were all leaving at various times from 6am (poor Adam!) through til 3pm. Those who were lucky enough to stay until 3pm had time to enjoy the artisan market which is on every Sunday morning and to explore Newcastle a little, I believe some even made it up to the football ground where Newcastle United play and had their photos taken with the Alan Shearer statue. Apologies if you are not interested in football but Alan Shearer is a local footballing hero!

I left once I was sure everyone had their taxis booked to the airport and I was home in less than 30 minutes. I do really enjoy going to different towns and countries for our ambassador meetings but I must admit it was really nice to be able to just drive home.

We are not sure where next year will take us for our meeting but we would like it to be somewhere warm! The people of Newcastle are all friendly and welcome visitors with a warm heart, the temperature however did not match, it was very cold! 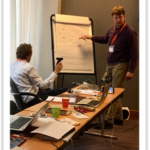 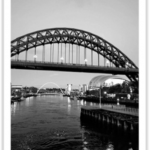 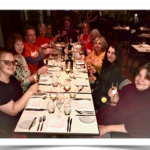 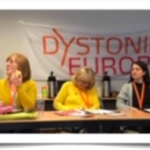