Home › News › DBS and Dystonia: A Discussion with Dr Morgante

DBS and Dystonia: A Discussion with Dr Morgante

St George’s Hospital in London is one of the UK’s largest teaching hospitals and offers specialist care across the spectrum. The hospital is internationally renowned for neurology and offers comprehensive services for the diagnosis, treatment and care for all conditions affecting the brain, including Deep Brain Stimulation (DBS) for dystonia. Moreover, St George’s is a major centre for research and education. Dr Francesca Morgante is a Consultant Neurologist at St George’s and we spoke with her to find out more about dystonia, DBS and her work at the hospital. 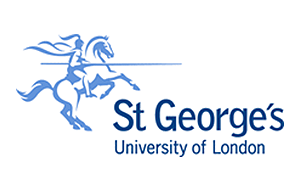 How long have you been working in dystonia and what interested you in this field?

I’ve been working in this field since 2000. It was by chance in the beginning, because I was lucky to complete my training under the supervision of Dr Quartarone at the University of Messina, Italy. At the time, he was starting to study the mechanism of dystonia. This is how I met patients with dystonia and from this I became interested in firstly understanding this disease and secondly, treating this disease based on my understanding of the mechanism.

In 2005, I was given the opportunity to develop the large botulinum centre led by Prof Girlanda into a specialized dystonia clinic. Initially, people with dystonia were only very quickly assessed and treated so there was a need for a more established dystonia clinic that would take the time for a proper assessment to really understand the impact of dystonia. Some people were labelled as doing very well but their quality of life is clearly affected. 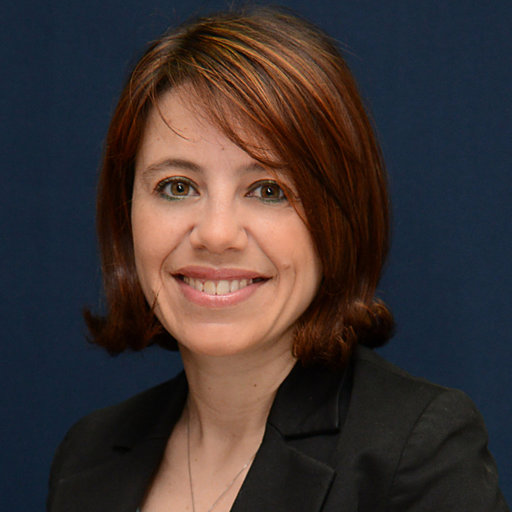 What are the different types of dystonia?

Dystonia is a very heterogeneous disease. We can classify dystonia by etiology. Most of the people who are eligible for deep brain stimulation (DBS) have genetic or idiopathic dystonia (where the cause of is unknown). Genetic dystonia occurs through a genetic mutation: one of the most common mutations is DYT1 and usually becomes apparent in childhood. Regarding idiopathic dystonia, most adult onset cases relate to focal dystonia (where dystonia only affects the muscles in one part of the body).

We can also classify dystonia by body part – it can affect the whole body, which is called generalised dystonia. And as mentioned, there is also focal dystonia, which affects one part of the body. For example, dystonia in the neck muscle is called cervical dystonia. There is also segmental dystonia, which affects two connected parts of the body (e.g. the mouth and eyes). Most patients who are considered for DBS are those with focal and segmental dystonia.

How does DBS work for patients with dystonia?

The mechanism of action of DBS in dystonia is based on one main hypothesis: that the disease is due to impairment of firing in the basal ganglia circuit of the brain. This circuit includes a structure called globus pallidus internus (GPi) and the motor cortex. In DBS, very small wires (leads) provide electrical stimulation to the GPi, which improves the impaired firing within that circuit in the brain, providing relief to a patient’s symptoms. This hypothesis is supported by studies, but also by the fact that many people with dystonia show great improvement with this therapy. Relief in symptoms can appear as improvements in distorted movement, abnormal posture and tremor but also as non-motor symptoms such as pain.

Who is suitable for a DBS therapy?

The best candidates are those with generalised dystonia, whose dystonia is usually very severe. However, people who are suitable are those who have impaired quality of life (QoL), despite being treated with medical therapy – botulinum toxin is the first line treatment. This is a difficult criteria to measure because QoL can mean a number of things, including impaired social functioning and the psychological impact of dystonia on a person’s life. For example, I recommend DBS to younger people with cervical or focal dystonia that may benefit, because their type of dystonia can really impact their work, social life and personal relationships. Dystonia does not just relate to the physical symptoms like having an abnormal posture. Of course there are many clinical factors but we should not ignore social and psychological factors too.

What are the benefits and risks of DBS?

Let’s talk about the risks first. Being a neurological intervention there is a small risk of neurological damage, which includes bleeding in the brain, an infection of the system and infection of the brain. However, this only occurs in a very small proportion of patients – less than 2% – and can be treated. Also, these risks can be minimised when patients are accurately selected (through a brain scan) by an expert centre.

Regarding the benefits, there are improvements of abnormal movements, ranging from 30–60%. Most people see an improvement of 40–50% depending on the type of dystonia. There are also clear improvements in tremor reduction, QoL and symptoms associated with motor disability.

What is your vision on advanced programming options in DBS for people with dystonia?

Despite DBS therapy, some patients do not see a great improvement in symptoms. Now DBS technology has advanced, which allows for more sophisticated programming to minimise the side effects; these include fine tuning of the stimulation which may also be differently directed between segmented contacts of the DBS lead. With this technology we can now accurately control the stimulation of the part of the brain we want to stimulate and avoid stimulation in parts where a current would produce side effects.

Can you explain the link St. George’s London have with dystonia patients?

There are two important factors that allowed us to specialize in the treatment of people with dystonia. The first factor is that St. George’s is a very large clinic with many consultants who have developed expertise in this area. One neurologist I closely work with is Prof Mark Edwards. He has extensive experience and is doing a lot of clinical and research work for people with dystonia. The second factor is that St George’s has developed a specific research group for people with dystonia.  This group includes researchers such as Prof Edwards, Dr. Anna Sadnicka and myself, who have a specific interest in understanding the mechanisms of different types of dystonia.

What role does St. George’s London play in this area of Dystonia and research?

We provide different treatment options for dystonia and we are specifically focused to treat disabling cervical dystonia using DBS technology. This was achieved thanks to the development of the DBS service led by our neurosurgeon, Erlick Pereira. We are also conducting research to understand the pathophysiology of dystonia, meaning the brain pathway of dystonia. There have been few studies on this but we really do not yet understand dystonia, or why it can be so heterogeneous in different people – why it can affect the whole body or a single part, why it can be mild or severe or causing prominent pain or tremors. So that’s what we are doing at St George’s – trying to understand more about dystonia and the mechanism of disease behind it, using DBS.

What do you think people need to be more aware of when it comes to dystonia?

One very important thing I realised during my work with people who have dystonia – especially people in their 40s or 50s with cervical dystonia – is that there is a lot of stigma around this condition. Dystonia patients live their life hiding their symptoms. It’s vital to communicate to the medical and patient communities, the importance of making time to talk about the impact of the condition on a patient’s life. One of the major social disabilities is that patients are trying to hide their symptoms. What people may not realise is that constantly trying to hide these symptoms can lead to further problems, such as pain.

Part of the problem is that consultations are too short; a lot of patients will go to a normal clinic rather than a dystonia clinic. Patients need a multidisciplinary assessment at least once a year. Another problem is that patients don’t realise how much their dystonia is affecting them until they have spoken with an expert who can ask them the right questions. Sometimes a consultation at a dystonia clinic can take one hour and together we learn what effect dystonia is having on their life. This is why it is very important that intervention happens as early as possible and is carried out thoroughly.