We are very excited to present our new project: mybrainnet.  All made possible by the first BMP grant which Dystonia Europe, together with two other projects, was awarded last June in Brussels.

The Brain, Mind, and Pain Patient-Centred Innovation Grant has been initiated by Pain Alliance Europe and supported by Grünenthal Group with the main aim of encouraging patient-centered innovation resulting in better quality of life for patients suffering from pain or neurological disorders. Learn more about the grant here: http://bmp-grant.eu

For the last year we have been discussing the possibilities of upgrading MyDystonia, our digital diary, to MyDystonia Version 2.0 with an improved and more flexible platform where various functionalities can be added in the future. From the start of the Ambassador program we have received much valued feedback with many good ideas and wishes from our users. Due to technical restrictions of the present platform and the costs included to make these changes we realised very soon that this was not possible.

We have also received important feedback from the medical profession. Dr. Jean-Pierre Lin, Paediatric Neurologist at Evelina Children’s Hospital London, and Hortensia Gimeno, Clinical Research Fellow at NIHR and Consultant Occupational Therapist have both expressed the benefits of a MyDystonia app especially designed for children.

Additionally, at some of the presentations of MyDystonia at various meetings, members of other patient organisations within the neurological field have expressed an interest in using a copy of MyDystonia for their own members.

With these wishes in mind: an update of MyDystonia, a version of MyDystonia for Children and for other patient organisations to use the MyDystonia diary as a template, we embarked on a journey that led to the creation of mybrainnet!

We created and designed a new platform that could not only handle the updated MyDystonia2.0 and the MyDystonia for Children, but also apps for other patient organisations.

MyBrainNet is a completely new platform with the aim of updating MyDystonia, including improvements based upon the feedback received over the last few years. There will be a redesign of the way questions are presented in the app, making the app suitable for treatments like DBS as well as differentiating the questions based on the type of dystonia you have. We also want to add the ability to add photos and perhaps even videos to the diary, so special conditions can be made available in a visual manner and not only using text.

With The Possibility of Sharing Reports

We are also looking into the possibility of sharing the reports with the GP or neurologist by giving them direct access to the reports, making it possible for them to create reports in such a way that it gives them the most valuable information to make informed decisions and to let them create it at the time that is convenient to them. This should increase the usefulness of the diary greatly.

Goals For The Platform

MyBrainNet will be created on a modular basis and as mentioned earlier we will start with the creation of the diary function in order to replace the current MyDystonia.

In the future, with the support of additional funding, we will be able to develop new modules, creating new functionalities for MyDystonia. Several ideas have been proposed, such as the ability to communicate directly with other patients or to find and access quality information about dystonia.

The Most Important Aspect

Although we may all have different neurological diseases, we are faced with the same kind of challenges, wishes and hopes. MyBrainNet will be a project of collaboration and sharing, in order to create an awesome platform. By working together we can much better use available funding, usethe time spent on the project more efficiently as well as benefiting from the same legal framework.

If you are interested in learning more about the project or how you can be involved let us hear from you: sec@dystonia-europe.org 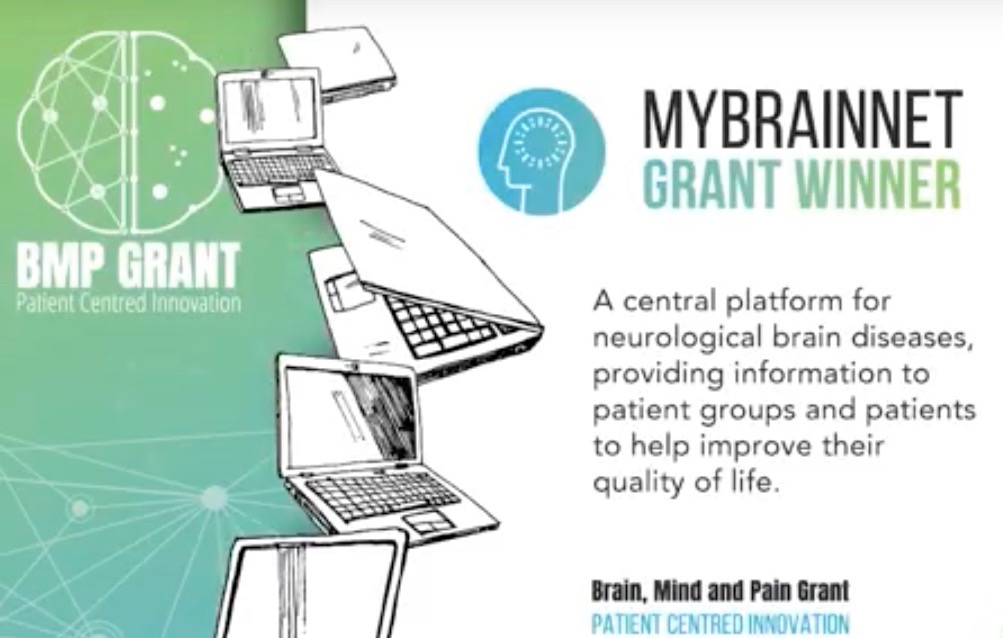