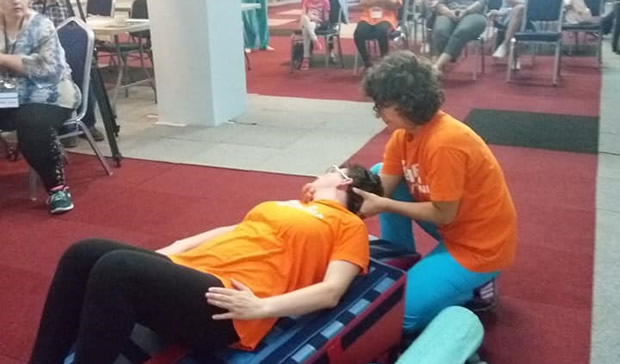 The Romanian Association for patients with dystonia: Asociata Children’s Joy organized on the 8 th of September, the 6 th edition of the National Conference dedicated to patients who suffer from various types of dystonia, their families, and specialists who work in this field. The event took place during dystonia awareness month. The event included workshops on aquatic therapy and physical recuperation, as well as presentations on nutrition, lifestyle, psychology, and neurology. 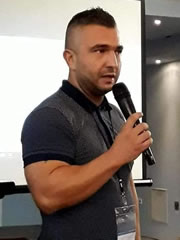 The participants received diaries where they could keep track of their symptoms, and booklets that included excerpts from Tom Seaman’s book ‘Diagnosis Dystonia’. The diaries were developed together with Desitin. The participants could also learn about the recent events and activities organized by the Association and about its future plans.

On the 9 th of September Children’s Joy together with the Association Fight Team Iguana launched the campaign Fight for Dystonia. The campaign was meant to raise awareness about dystonia and included a series of kickboxing fights organized at the Sports Hall Radu Voina from Sighisoara. This event was also supported by other sports clubs from Romanian cities such as Dragon Fight Academy Kickboxing Medias, SuperPro Team Sibiu, and Tamashyi Sport Centre Timisoara. THE MAIN AIM OF THE EVENT WAS TO RAISE AWARENESS ABOUT DYSTONIA AND SUPPORT PATIENTS WITH DYSTONIA IN THEIR EFFORTS TO INTEGRATE INTO SOCIETY. 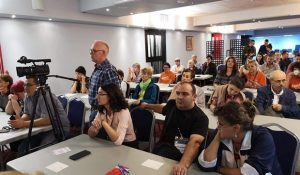 This event was aimed at raising awareness about dystonia, a neurological disease that has terrible consequences for patients and their families. It also intended to address prejudices and discrimination against patients with dystonia. The kickboxing fights were meant to send a message about the inner strength of people who fight the battle with the terrible symptoms of dystonia. The event included a fund raising campaign also. The funds raised will be used to organize future events.

“Patients with dystonia have an everyday fight with their symptoms, exactly the way we fight in the ring. In both cases there is need for perseverance, resilience, discipline, and hard work. Dystonia is a terrible disease which can even cause invalidity. With this event we want to show our strong support for dystonia patients. We hope people from Sighisoara and other places nearby will also come to show their support” declared Marius Crainic, the initiator of the campaign Fight for Dystonia, coach and president of the Sport Club Fight Team Iguana.

“Sport creates champions, dystonia creates fighters! Support us in this fight; we need the help of society for fighting and winning this battle” told Catalina Crainic. Both events were dedicated to dystonia awareness month.