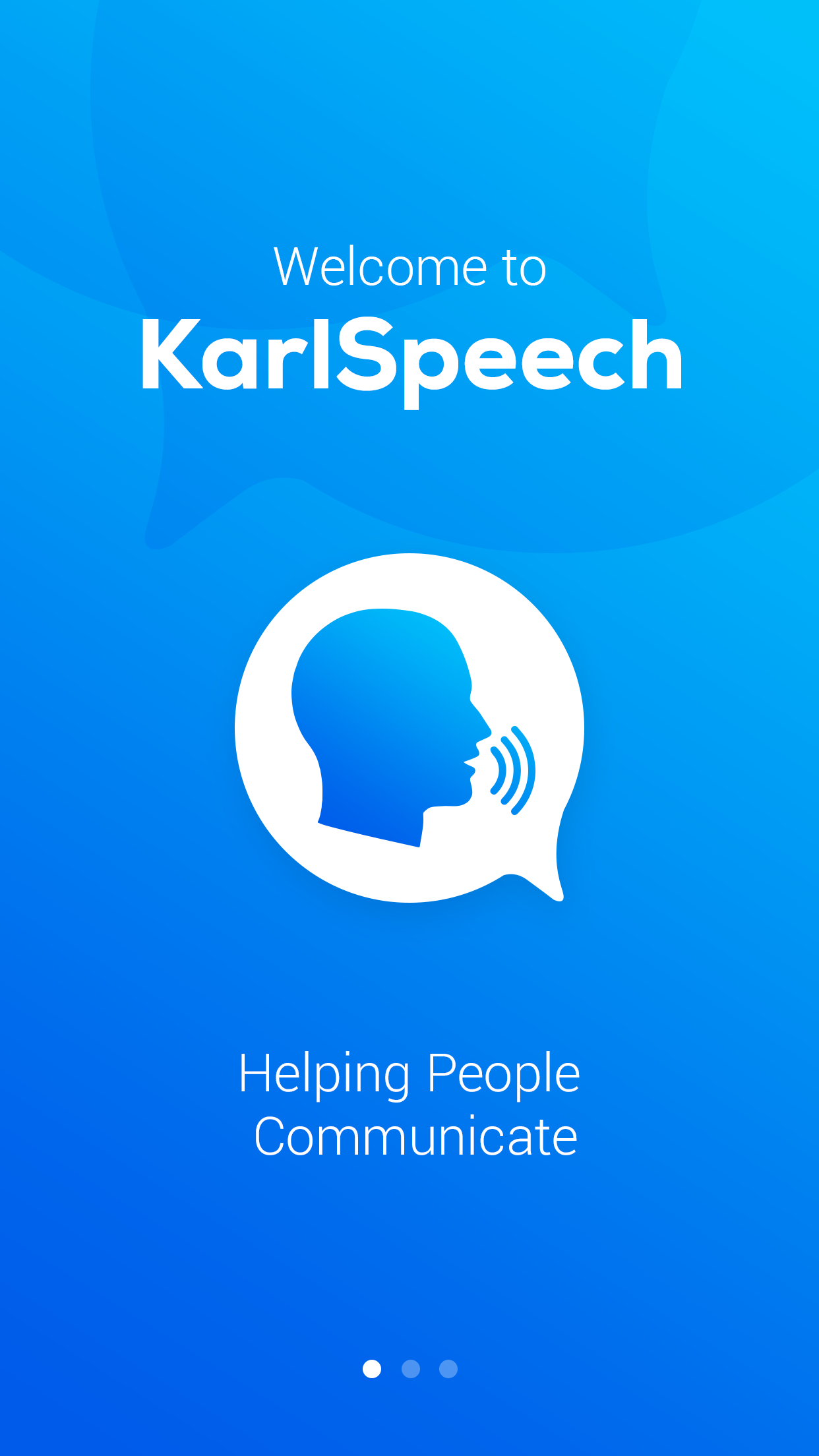 It all began when Karl a 24-year-old Dystonia sufferer needed something that would help him communicate with his family and friends. Karl is nonverbal, and his parents used several AAC communications apps but didn’t find a solution that suited Karl’s needs. There are many great AAC apps on the market, but Karl wanted something that was very straight forward, and he found that lots of existing App screens were cluttered and confusing.

After trying lots of options Karl’s parents decided to embark on trying to get an AAC App developed that would enable their son Karl to communicate more effectively and the KarlSpeech App is the result of a lot of deliberation, testing, trialling and development.

Karl uses the KarlSpeech App all the time and it is also used by Karl’s parents as they organise Karl’s groups and library of phrases. Karl’s father Hugh says “The biggest challenge was to design a Speech App that would be suitable for a variety of users with different levels of intellectual and speech deficits. No App is perfect for everyone’s needs but the KarlSpeech App has been designed to appeal to the majority. “

The KarlSpeech App will be evolving in the future. New native language versions will be introduced including Spanish, Portuguese, French and more. Keep informed by subscribing to our newsletter at www.karlspeech.com or Email: info@karlspeech.com

• Can be used with iPhone, iPad or iPod Touch

• Allows the user to communicate using text and images

• Easy to Use with quick and easy customization

• Easy to build library phrases and categorize phrases into groups

• Backup to Dropbox or to your computer using iTunes File Sharing.

• Access to more than 20,000 SymbolStix symbols or you can use your own photos