The Medtronic Holiday event was held Friday in Tolochenaz, Switzerland. It was also the celebration of the 20th Anniversary of the company’s Swiss site. Over 600 staff joined in the company cafeteria where a stage was set up especially for the occassion. Vice President of Medtronic Europe, Rob ten Hoedt, welcomed everybody to this happy celebration. He stressed how the Medtronic Mission of 1960 is still guiding everyday work: contribute to human welfare. Some company memories of the last 20 years were shared and the Medtronic Band was introduced.

Special guests for the event were a group of patients and their family members. The first one to be interviewed on stage was Natasha from Ukraine. She was born a healthy baby but at the age of 4 ½ she started having dystonic symptoms. It got worse and worse and she had to be in a wheelchair. Not until 12 years later she had a correct diagnosis.  After having done research on the internet she read about dystonia. She was sure that this was what she had and shared it with her physician who diagnosed her with dystonia. The best treatment would be DBS – deep brain stimulation. Since this is not reimbursed in Ukraine she and her mother had to raise funds to pay for her treatment. They succeeded and today, a few years later, Natasha is doing very well. She is studying and she has founded a dystonia patient association in Ukraine to help others in the same situation. Today she submitted their application for membership of Dystonia Europe. She is also the recipient of the Medtronic Bakken Award 2016.

Then followed an interview with Dystonia Europe Executive Director Monika Benson and Melanie Gregory from the Hear Foundation in the UK on the importance of patient advocacy groups. Both associations work in similar ways with activities such as: raising awareness, providing support to patients and their families, informing about the latest research. They discussed how the way information is delivered due to internet and social media. Monika gave an example of how the dystonia awareness campaign Jump for Dystonia could not have been possible without these platforms.
It was concluded that patients should be in the centre of decision making and by all stakeholders such as patients, physicians, industry, working together we bring different and important expertise to the table for the development of information, research, treatment. That is true partnership for progress.

Next patient on stage was Stefano from Italy who suffered from a brain tumor causing hydrocephalus. He was helped with a Medtronic shunt system and both him and his wife expressed their gratitude to the company.
From Germany we heard the story of Heike König who was born without hearing but with the Sophono device she has been helped and can live a normal life.
Finally we heard the touching story of a young refugee boy Mohammed 7 years old who suffered from a bad heart. In spite of his condition he walked with his family all the way from Syria to Greece. He was very week and his family reached out on social media for help. Medtronic Greece decided to help and Mohammed received heart surgery. Today he is doing very well.

The amazing patient stories that were brought forward this afternoon represent the many, many patients who daily benefit from therapies and devices developed and provided by Medtronic and its staff. We, the patients, are extremely grateful for all your hard work and the commitment to improve and restore patients’ life. We look forward to our continued collaboration – Further, Together!

We wish you a Happy Holiday Season. 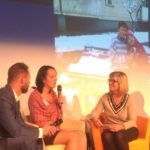 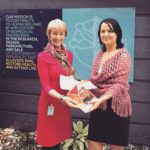 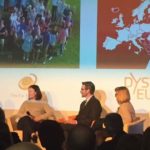 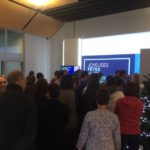 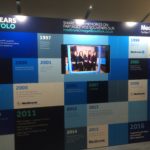 History of the Tolochenaz site. 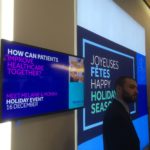 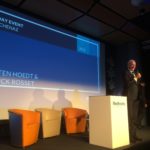 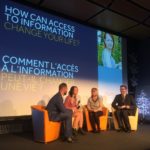 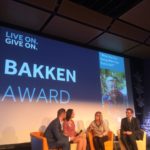 Natasha is the Bakken Award winner 2016. 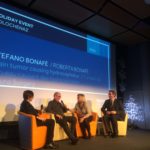 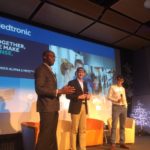 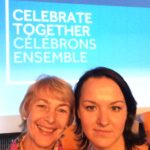 New friends together in a selfie! 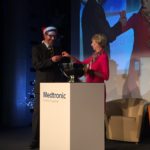 Helping Santa in the Medtronic tombola. 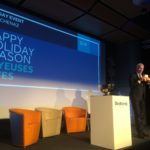 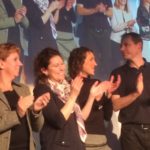 Thanks to the team behind the holiday event and our special thanks to Nathalie and for our great collaboration for dystonia patients. 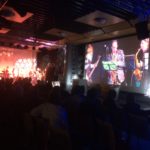