Today a BMP Interest Group Meeting was held in the Parliament in Brussels, focussing on ”Neurological and Chronic Pain Disorders at Work”.

MEP Jeoren Lenaers welcomed everybody and then followed presentations on the topic.
Dr Chiara Scaratti from Besta Neurological Institute in Milan, Italy presented the results of the ”EFNA Patient Experience Survey: Focus on Stigma at Work”. Data were collected from almost 5000 neurological patients from 27 European countries. Some of the results of the survey show that:

Prof. Michiel Reneman, from the University in Groningen, The Netherlands stressed the importance of rehabilitation and work. There is strong evidence showing that work is generally good for physical and mental health and well-being. Work can be therapeutic and can reverse the adverse health effects of unemployment. It is true for healthy people of working age, for many disabled people, for most people with common health problems and for social security beneficiaries. More public education is needed. In Canada the government ran an awareness campaign ”Work heals”.

Jane Whelan from the European Headache Alliance shared her very personal story: ”Impact and burden of living with migraine and developing a career”. She shared the difficulties of knowing how and when to tell your employer and colleagues about your condition, and the concern of not being understood.

MEP Marian Harkin presented the ”Written Declaration on Access to Employment and Education for those affected by Brain and Chronic Pain Disorders”. She encouraged the audience to reach out to their national MEPs and ask them to sign it.
Dystonia Europe was represented by Treasurer Erhard Mätzener and Executive Director Monika Benson.

Next BMP meeting will be held in June. 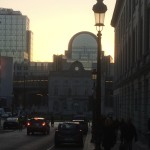 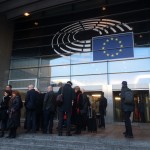 Participants gathering in front of the Parliament. 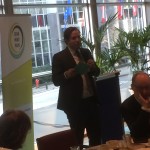 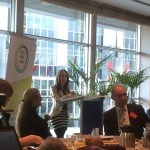 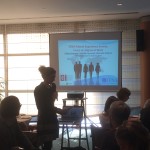 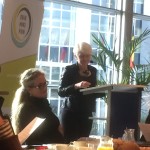 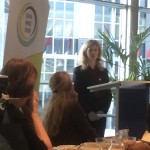 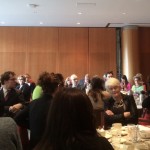