The Anniversary was celebrated at the Health Ministry in Vienna, with great participation of ÖDG members, physicians, representatives from health insurance companies as well as from Austrian health policy.
The Federal Minister Dr. Magdalena Arrouas opened the event by congratulating the association. She underlined the excellent achievements of ÖDG through the tireless efforts of Christa Hafenscher and Richard Schierl.

Prof. Dr. Eduard Auff, Head of the Department of Neurology Vienna, since the founding of the association the medical advisor and mentor of ÖDG, spoke about ‚25 years of empowerment and health literacy ‘. Prof. Auff as well as Prof. Dr. Peter Schnider from Landeskrankenhaus Hochegg both agreed that in the past the patient very often had to wait many years for a correct diagnosis and access to treatment. This has improved. Today the Dystonia sufferers will be referred more quickly to a neurologist, and thereby be diagnosed and also receive adequate therapy earlier.

Christa Hafenscher spoke about her time within ÖDG. She told the audience aobut her own experience of the difficulties as a dystonia patient and how this motivated her to help others in the same situation. No one should have to wait and fight for such a long time as she did before getting the correct diagnosis. She has since then been working hard to spread awareness to achieve early diagnosis and access to correct therapy.

At the final roundtable discussion, Dr. Susanne Rabady, family doctor and member of the Austrian Society of General Medicine, stressed that more awareness is needed.

In ordert to make the correct diagnosis it is crucial to examine the patient well, get an overview of the symtoms and also to find out how much the symptoms affect the patient. It is important that young practitioners learn how to assess dystonia symptoms correctly. This should be taught in general medicine.

In his final words Mag Richard Schierl invited the Dystonia sufferers: “Come join a self-help group. You can leave your suffering to us! Shared problems are half problems.” 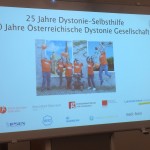 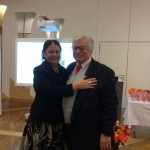 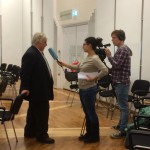 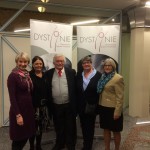 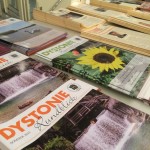 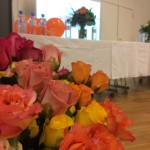 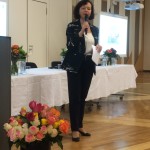 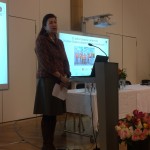 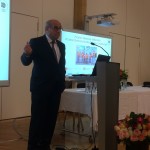 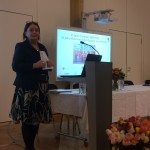 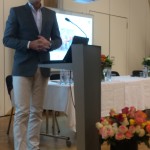 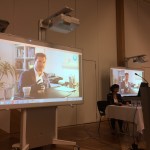 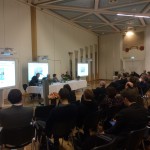 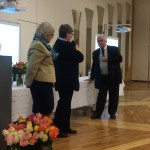 Anniversary presents from DDG to ÖDG 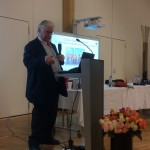 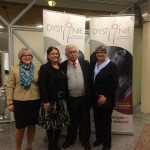 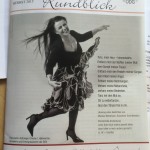