Home › News › Dystonia Europe at the Toxins 2015 in Lisbon

Dystonia Europe at the Toxins 2015 in Lisbon

Last week the INA (International Neurotoxin Association) held its second international conference: TOXINS 2015: Basic Science and Clinical Aspects of Botulinum and Other Neurotoxins. The program included cutting-edge plenary sessions, basic science and clinical parallel tracks, as well as poster sessions. There were also a series of practical workshops, several including demonstrations of neurotoxin injections on live patients.
The INA is a not-for-profit, international scientific society dedicated to advancing scientific research, supporting education, and fostering understanding about botulinum and other neurotoxins. It provides a forum for the exchange of information and ideas among scientist, clinicians, allied health and other medical professionals, as well as the general public about the science and therapeutic use of neurotoxins. For more information on the organization visit their website: www.neurotoxins.org
Over 700 participants from all over the world had come to Lisbon for the congress. Dystonia patients were represented by Robert Scholten and Monika Benson from Dystonia Europe and Janet Hieshetter from DMRF (Dystonia Medical Research Foundation) the largest dystonia patient association in the US, and they both had stands in the exhibition hall. There you could also find the botulinum toxin companies, Ipsen and Merz.
Dystonia Europe presented for the first time a live beta version of the MyDystonia APP, and many physicians took time to learn about it and gave very positive feedback. 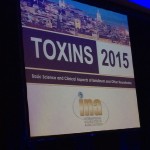 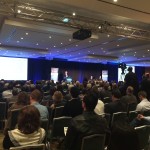 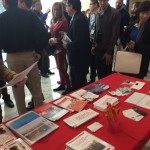 Many visitors at the DE stand. 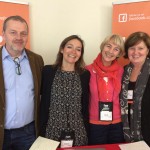 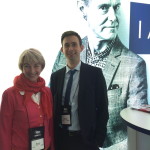 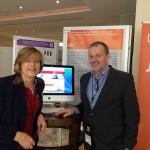 Professor Brigitte Girard and Robert Scholten taking a look at the MyDystonia APP. 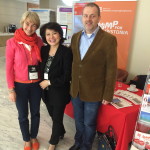 Diane Truong from the US paid a visit to the DE stand. 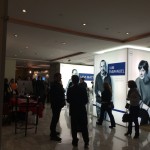 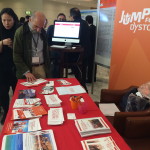