EFNA, the European Association for Neurological Association, held its General Assembly 2014 alongside the EFNS & ENS joint congress of neurology in Istanbul last weekend. Dystonia Europe is a member of EFNA together with 19 other patient associations within neurology. President Audrey Craven opened the meeting by welcoming the delegates. After the formal business meeting where the annual report 2013/2014, the annual accounts 2013 and the budget for 2014 were approved followed the afternoon session: “Ideas Exchange Forum”. After the various presentations of: the EBC project “Year of the Brain in Europe”, the EFNA project “Development of National Neurological Alliances”, and the EFNA Neurology Patient Survey there was plenty of time for the delegates to discuss and share their views and ideas regarding the projects. Dystonia Europe will follow the development of these projects. For more information about EFNA and their activities visit their website: www.efna.net. 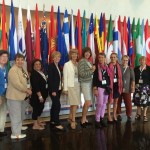 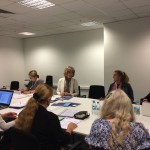 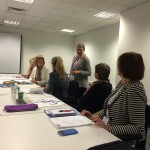 A quick visit by Evelyne Sipido of EFNS. 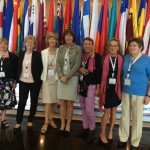 EFNA board of directors 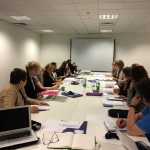