Wow – what a big surprise for Dystonia Europe last week in Paris! THE JUMP FOR DYSTONIA initiative helped Boston Scientific raise awareness about Dystonia amongst all the Company and their family – more than 2000 people in Europe! BS will continue this wonderful initiative within the next few weeks since pictures are still coming in.

Additionally – to our great surprise – € 5000 had been raised among BS staff and family. The Check together with a Poster of BS Jumps were presented to Robert Scholten and Monika Benson. Dystonia Europe is extremely grateful to the Boston Scientific Management Team and all their staff and family for this great initiative and generous support! THANK YOU to all of you! And of course, once again we all had to – JUMP FOR DYSTONIA! 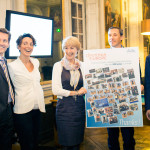 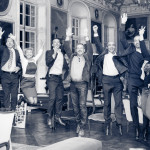 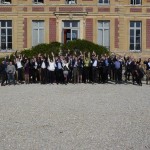 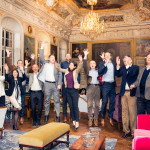 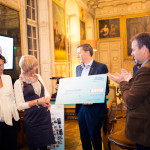 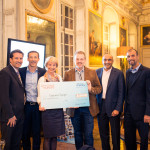 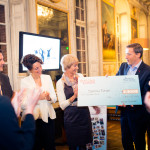 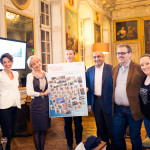 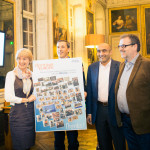 DE’s Robert Scholten and Monika Benson receives the The Boston Scientific Poster with many Jumps for Dystonia.