At the Dystonia Treatment Congress in Hannover in May last year, Dr Lynley Bradnam, from Discipline of Physiotherapy at Flinder’s University in Aidelaide, met Dystonia Europe President Monika Benson. Over a conversation about the importance of physiotherapy for dystonia patients and dystonia patient advocacy work, Monika shared that she would be coming to Melbourne later in the year for her daughter’s graduation. Verys soon after Lynley’s return to Aidelaide the first connections between Dystonia Europe and Australian dystonia patients were made. Lee Pagan and Hariklia Nguyen took the first steps to try and organize a meeting and very soon there were more volunteers involved.

Saturday January 11th about 50 dystonia patients and family members from various places of Australia (Melbourne, Aidelaide, Perth, Blue Mountains, Canberra, Brisbane and Cairns) gathered at the Cerebral Palsy Education Centre in Glen Waverly, a suburb of Melbourne. Sue Kennedy who works for the centre and whose daughter has generalised dystonia, welcomed everybody and introduced the speakers.

Dystonia Europe Executive Director Monika Benson presented the work of Dystonia Europe and the activities of a national dystonia patient organisation giving the Swedish Dystonia Association as an example. Monika concluded with a greeting from Dystonia Europe and its President Robert Scholten with an invitation to the recently established DNA – the Dystonia Network of Australia, to become an associate member of DE.

After a short break for coffees and teas and time to meet and chat, the programme continued with Kerry Jackson from the Blue Mountain Support Group, presenting her story of living with dystonia. She shared her painful struggle during many years before getting correct diagnosis and treatment. Laraine McAnally, a nurse with an interest in dystonia, continued and explained the history and background of the various dystonia support groups/organisations in Australia. Kerry and Laraine have now taken the initiative to form a national dystonia patient organisation and just recently, on January 6th, the Dystonia Network of Australia – DNA, was registered.

Thank you to all for coming to the meeting in Glen Waverly and especially thank you to the ”Admin Team”: Sue Kennedy, Lee Pagan, Lisa McInnes, Hariklia Nguyen, Nadine Schnabel for all their hard work and  a well organised meeting, which will hopefully encourage and inspire to new and similar events around Australia. We wish the DNA  and the various support groups throughout Australia lots of good luck in their work, and we look forward to follow the development. Dystonia Europe is very happy to see how dystonia patients in various countries get together to establish dystonia organisations and if we can be of help in this process we will always try and support in the best way possible. 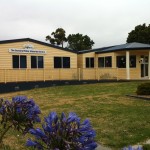 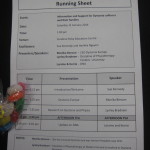 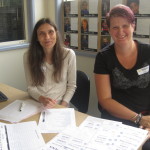 Hariklia Nguyen and Nadine Schnabel at the registration desk. 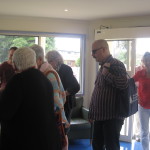 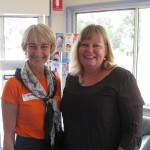 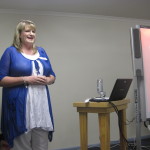 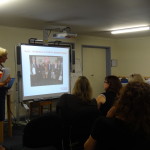 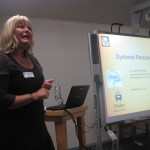 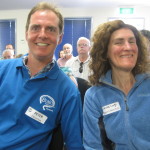 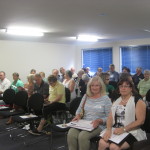 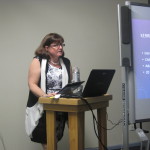 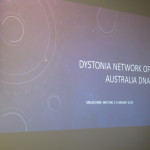 DNA – the Dystonia Network of Australia 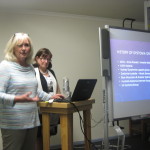 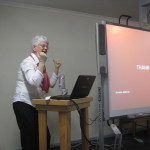 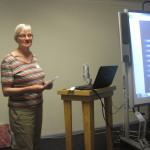 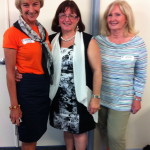 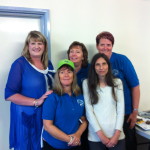 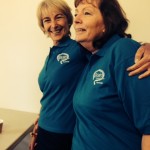