Home › About us › Board & Advisors › Advisor 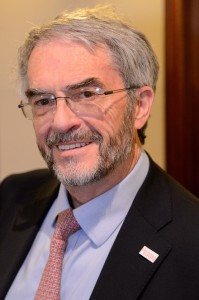 After several years as Vice Chair of the Dystonia Society in the UK, Alistair founded European Dystonia Federation, now Dystonia Europe, in 1993. He served 8 years as President and was the Executive Director between 2001 and 2013. He was appointed to the Dystonia Europe Board with special responsibility of the Dystonia Research Network. Alistair also co-founded EFNA – the European Federation of Neurological Associations – in 2000, where he acted as Treasurer and Secretary-General until 2011. In 2003, he was involved in the founding of the EBC – the European Brain Council, where he was a board member and a treasurer for many years He is now an advisor to DE on special projects. Alistair has had cervical dystonia for 30 years.